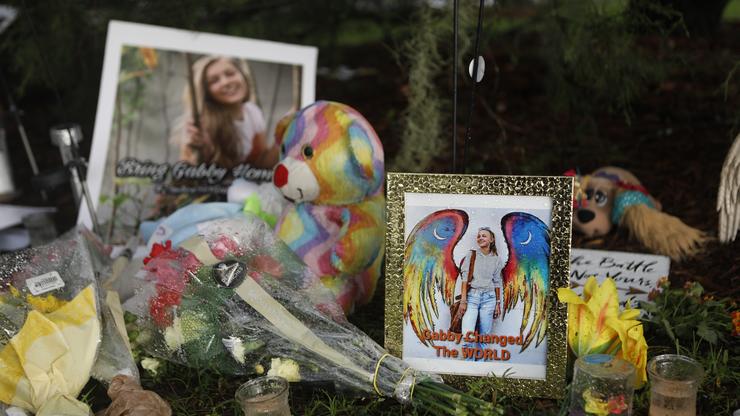 After being reported missing on September 11, “Van Life” YouTuber Gabby Petito’s body was found in Bridger-Teton National Park, and her death has been ruled a homicide.

YouTuber Gabby Petito was reported missing by her family on September 11, and 10 days later, she was confirmed dead by the Denver FBI after her remains were found in Bridger-Teton National Park in Wyoming. Petito was 22 years old.

According to the Teton County Coroner’s Office, an initial determination shows that died due to homicide, although the official cause of death is pending final autopsy results. Following the discovery of Petito’s body, police have shifted their focus to finding her boyfriend Brian Laundrie, who is now reportedly considered a “person of interest.”

According to BBC, Petito and Laundrie had been traveling for several weeks before Laundrie returned home to Florida alone with their white van on September 1, and while home, he did not contact police or the Petito family. As of Wednesday, Brian Laundrie has not been charged with any crime related to Gabby Petito’s death, despite her death being ruled a homicide.

“The FBI and our partners remain dedicated to ensuring anyone responsible for or complicit in Ms. Petito’s death is held accountable for their actions,” FBI Denver Special Agent in Charge Michael Schneider said in a statement.

As the case continues to unfold, the hashtag #GabbyPetito had already passed more than 650 million views on TikTok alone, showing just how concerned the public is with Petito’s case. Stay tuned for more details.