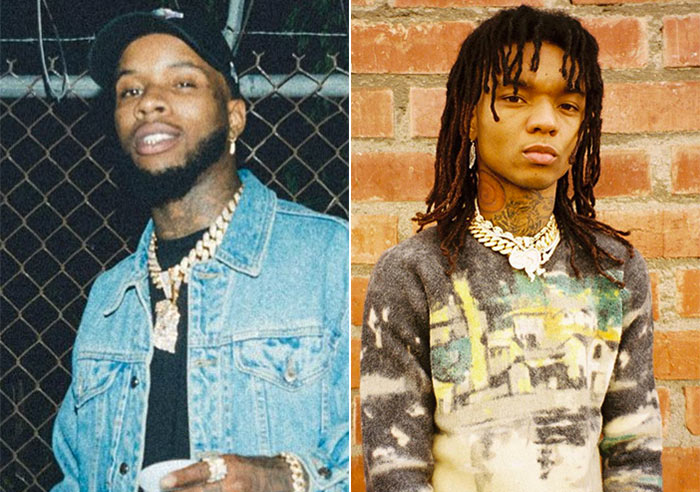 Swae Lee and Swavey unite. On Tuesday (Jan. 2), Tory Lanez appeared to hint at a new collaboration with one half Rae Sremmurd.

“I don’t know if they ready for what we bout to do,” wrote the Toronto rapper-singer, mentioning Swae’s Twitter handle. Lee responded with “Definitely not” and a series devil face emojis.

The teaser comes hours after Tory previewed new music on Instagram. “I fucked a bad bitch,” he raps on the track, which could be part his ongoing “Fargo Fridays” series. Meanwhile, Swae posted his own teaser three days ago, along with the caption: “They don’t know what’s in store 😈.”

It’s unclear where their collaboration will land, but both MCs have projects on the way. For his part, Lanez is slated to release his sophomore album, Memories Don’t Die, while Swae and Slim Jxmmi are set to unveil their third album as a duo, SremmLife 3.