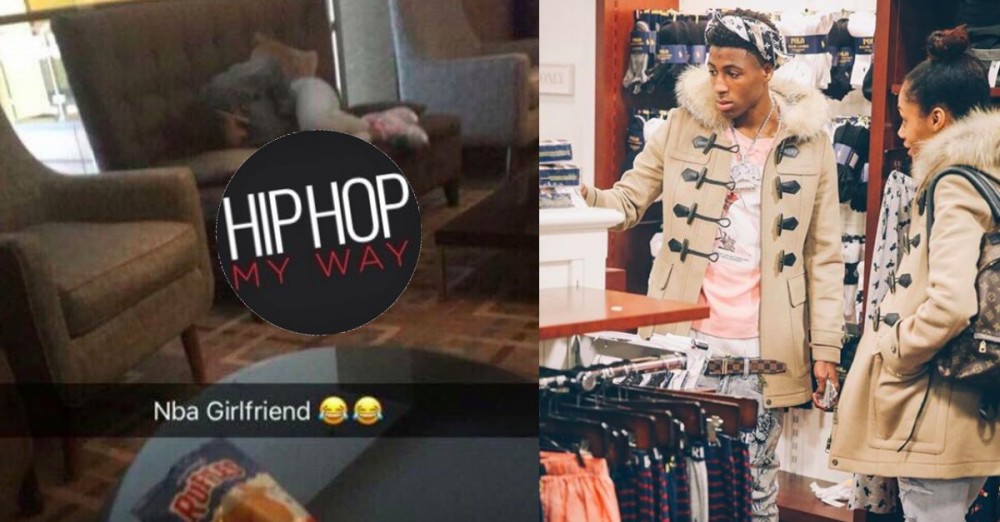 Youngboy Never Broke Again (formerly NBA Youngboy) allegedly made his girlfriend sleep in a hotel lobby so that he could hook up with another woman.
The whole affair started up when a hotel worker sent out a photo Youngboy’s boo sleeping on the couch in a hotel lobby. When the photo took f, the girlfriend made a video response to all the talking where she seemed pretty upset about the whole thing.

She added that she slept in the lobby because she “wanted to” and not because NBA forced her out.