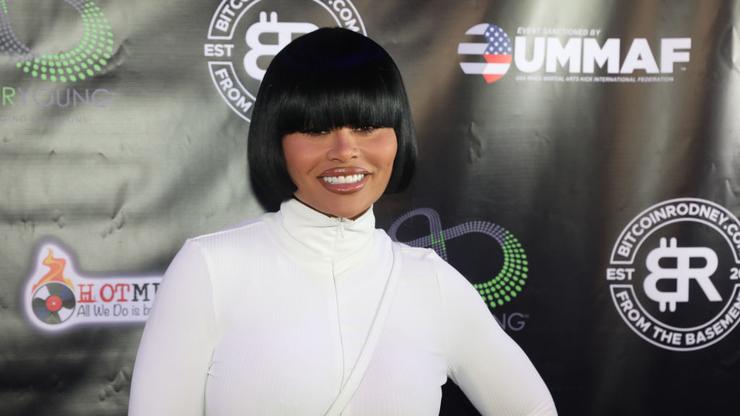 Toni explains why she doesn’t believe her daughter makes @240 million on the site.

When news broke the Blac Chyna reportedly makes $240 million a year on OnlyFans, many people wanted to know the vixen’s secret. According to Variety, 34-year-old mother-of-two earned in $20 million per month in 2021, making her the top-earning creator on the platform. The report also mentions Bella Thorne, who came in second place with $11 million per month and Cardi B, who earned the third spot, making $9.34 million each month.

While many were inspired by the numbers, folks like Lil Duval doubted the report. “I can’t believe y’all believe blac chyna really made $20 million a month from only fans,” he tweeted. “This how I know y’all not living in reality no more.” The comedian isn’t the only one doubting Chyna’s alleged monthly income. Her mom, Tokyo Toni recently shared her disbelief about the reports in an interview with Night and Day Network. “If a b**** make 20 million a month on OnlyFans and you got your mama still hustling on the corner, something wrong!” she said.

Toni continued on, adding, “I don’t believe it cause i got eyes and I was around for three and half months. Who ever gives these numbers, I don’t know what they’re into. I wanna tell her, why don’t you and that motherf**** lawyer go and say, that’s not true.” Tokyo spent the first half of the year alongside her daughter in Los Angeles as she faced her lengthy defamation trial against the Kardashians. That was until the judge banned her from attending the trial in person. “They put me out the [court] room before I even went in,” she shared earlier this year. Blac Chyna has yet to respond to the OnlyFans claims.

Do you think the numbers a factual? Share your thoughts with HNHH.