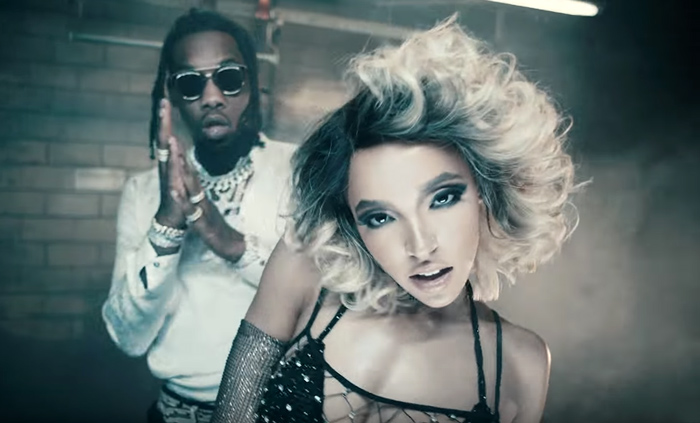 Skrr-skrr! Fresh f the release “No Drama,” Tinashe links up with Offset once again in the dark and mysterious video.

Rocking bold and seductive looks, the blonde star keeps her dancing shoes on for the dramatic visual, breaking down sensual choreography in between brooding boxing footage.

Offset pulls up for his verse, holding court in an abandoned smoky warehouse. Standing in front grimy walls, the Migos spitter shows f the glaciers around his neck before linking up with Tinashe for the finale.

Tinashe recently teased three new singles, including “No Drama.” The other two tracks, “Me So Bad” and “Faded Love,” are slated to arrive soon. Each the cuts is expected to appear on the highly-anticipated Joyride, which follows 2014’s Aquarius.