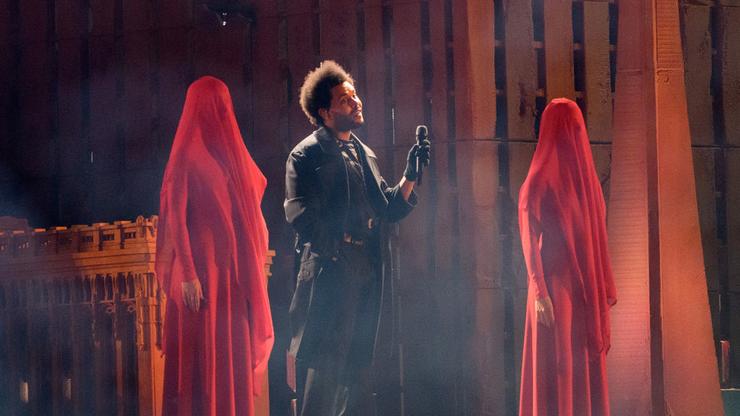 “My voice went out during the first song and I’m devastated,” the Canadian performer shared with his fans on social media late last night.

Night one of The Weeknd‘s performances at Los Angeles’ SoFi Stadium went incredibly well, but the Canadian vocalist couldn’t say the same for his second time taking the stage in the City of Angels last night (September 3).

As the NY Post reports, Abel Tesfaye was just three songs into his setlist when he abruptly stopped singing in the middle of his Starboy hit, “Can’t Feel My Face” and exited the stage just as quickly.

The 32-year-old returned to address attendees as another song began, informing them that he had lost his voice and wouldn’t be able to finish the performance. “You’ll get your money back,” The Weeknd assured the disappointed crowd who didn’t hold back on letting out their jeers. “But I’ll do a show real soon for you guys,” he promised.

“You know how much this kills me right now. I’m sorry. I love you so much,” the “Glass Table Girls” singer consoled the audience one last time before making his final exit as fans cheered him on.

Not long after, The Weeknd shared a statement on social media addressing the show’s cancellation. “My voice went out during the first song and I’m devastated,” he wrote.

“Felt it go and my heart dropped. My deepest apologies to my fans here. I promise I’ll make it up to you with a new date.”

It remains unclear exactly what caused The Weeknd‘s vocal issues, though it’s been noted that his voice sounded raspy as he addressed the crowd.

Tesfaye’s next performances are due to take place later this month, in his hometown of Toronto on September 22nd and 23rd – check out tickets here, and tap back in with HNHH later for more hip-hop news updates.