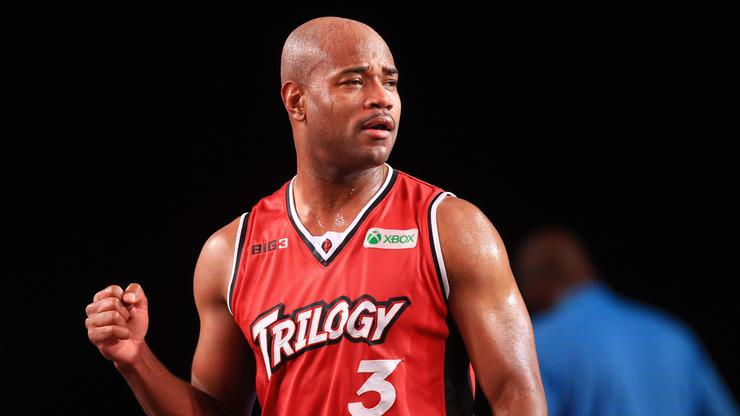 Jarrett Jack is heading into the BIG3 Finals as one of the most explosive scorers on the court.

Jarrett Jack was a journeyman player during his time in the NBA as he played for eight teams in a 13-year span. During that time, he was a solid role player who always knew when to pick his spots and offer some explosive scoring when needed. As the leader of the Trilogy in Ice Cube‘s BIG3 league, Jack has been able to put his talents on full display all while carrying his team to the BIG3 Finals.

During the team’s semi-final matchup against Tri-State last weekend, Jack scored 35 of his team’s 50 points, which became one of the biggest highlights of the entire season. Now, Jack and the Trilogy will have to go up against a motivated 3 Headed Monsters squad that is led by head coach Gary Payton and star player Kevin Murphy. As Jack told HotNewHipHop, after beating this team earlier in the season, it’s going to be difficult to hit them back again.

“It’s always tough to do things in doubles,” Jack said. “Even the game that we won, that wasn’t a walk in the park at all. Me and Kevin Murphy, we both live in Atlanta, we both play at the same gym. I know a lot of people weren’t familiar with his game coming in here and I think he’s opened a lot of eyes to his game.”

Murphy scored 29 points for the 3 Headed Monsters last weekend and he has been one of the team’s most consistent scorers this season. Jack knows that Murphy will probably be his matchup during the championship game, and in his eyes, the key to stopping Murphy will come down to physicality and making his life a nightmare on the court.

What makes this championship game different that any other is the fact that it’s all going down at Atlantis Paradise Island in Nassau, Bahamas, which is certainly a resort that lives up to its name. From the beaches to the crystal clear lagoons, there is a lot of temptation down here, but as Jack noted, everyone on the team is professional, and they know they can’t let themselves get distracted.

“Just knowing there is business you have to tend to as well as the parts you want to enjoy personally,” Jack stated. “You know you got to scale it down a bit so you can perform on game day.”

For fans who might be watching at home, the 3-on-3 game is much different than 5-on-5, which is something that Jack knows all too well. While 5-on-5 is what he played for most of his career, him and his teammates have been enjoying a much different experience. In fact, the preparation for these styles is also extremely different, however, the goal always remains the same.

“Just the nuances in the game, there is a lot more space,” he explained. “Trying to create mismatches are taking advantage of matchups that you think can potentially extend your lead or come back for that matter. Knowing the proper plays to call, the position to put the defense in and how you take advantage of it.”