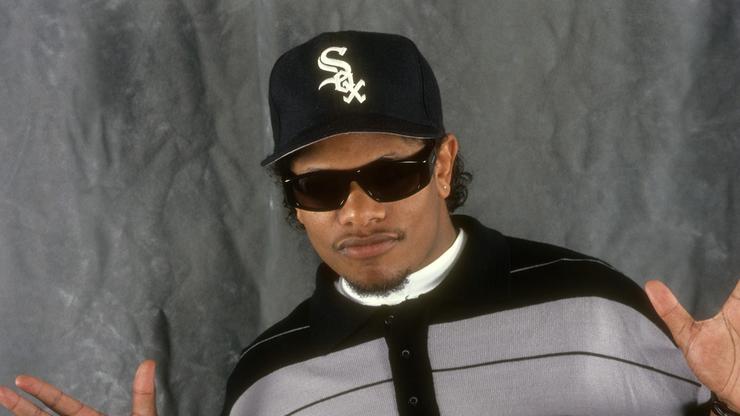 Eazy-E’s daughter Ebie is an executive producer of the WEtv docuseries. Watch the trailer about the N.W.A. legend here.

The death of ap icon Eazy-E came quickly. It was back in 1995 when the 30-year-old was admitted to the hospital and weeks later, he publicly shared he’d be diagnosed with HIV/AIDS. Ten days after that revelation, the N.W.A. legend passed away, and in the decades that have followed, there have been stories, speculative reports, and rumors regarding the rapper’s last days, but his legacy has continued to shine.

Back in April, we reported on Eazy-E’s daughter Ebie revealing that she had been working on a documentary about her father, and this week, the official trailer for The Mysterious Death of Eazy-E was released. The docuseries will feature never-before-seen footage and interviews in four hourlong episodes that highlight the life and tragic death of Eric Wright.

The Mysterious Death of Eazy-E is set to air on WEtv and tackles heavy topics regarding the rapper’s death. Some people have stated that Eazy-E contracted HIV/AIDS through a sexual partner while others have accused several industry personalities of purposefully exposing the rapper to the virus. There are also people who don’t believe that Eazy passed away from complications from AIDS.

Ebie goes on a personal journey to examine the unexplained circumstances surrounding her father’s death 26 years ago, teaming up with her mother, the rapper’s ex Tracy, and Hip Hop journalist Jasmine Simpkins on a quest for the truth. They reportedly spoke with people who were with Eazy-E in his final days as they examine what truly happened to the Rap star.

Earlier this year, Ebie claimed that Ice Cube had been “dodging” her requests about this documentary. Watch the trailer for The Mysterious Death of Eazy-E below.