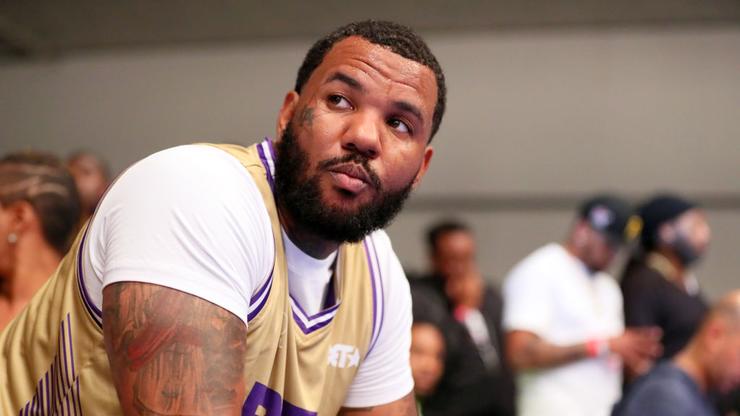 The West Coast emcee shared his thoughts on the generational hip hop debate.

The Game may be a seasoned veteran in the industry, but he’s also still a fan.

Whether it’s through interviews, social media or his music, “The Black Slim Shady” rapper loves to share his thoughts and opinions on all things related to Hip Hop culture. While working on his tenth and most recent album Drillmatic: Heart vs. Mind, Game got to work alongside some of the genres up and coming heavyweights, including Fivio Foreign and NBA YoungBoy. Although his song with YoungBoy didn’t make the album due to financial reasons, the West Coast emcee still considers him one of the hottest young stars out.

In a recent interview, Game spoke out about the phenomenon behind the 22-year old Baton Rouge rapper and his fans claiming that he’s better than Tupac Shakur. “NBA YoungBoy would be Tupac of this generation,” he shared. “So sometimes when you see a 18-year old kid say ‘NBA YoungBoy is better than Tupac,’ it’s not because he actually is. It’s just the Michael Jordan, Kobe Bryant, Lebron thing. It’s different eras of greatness.”

The Game plays basketball at the Celebrity Basketball Game Sponsored By Sprite during the 2018 BET Experience at Los Angeles Convention Center on June 23, 2018 in Los Angeles, California. (Photo by Leon Bennett/Getty Images for BET)

Game went on to say that fans should “just appreciate [the greats] now,” adding, “A 18-year old can not appreciate or relate to Tupac, because they weren’t even alive. Tupac has been dead for 26 years. An 18-year old kid wasn’t born for six years after he died, so why expect him to relate to Tupac over NBA YoungBoy? Somebody that’s just a few years older than him, who he listens to everyday.”

The Drilmatic rapper released his 29-track album without “O.P.P.” featuring NBA YoungBoy. He also removed “World Tours” with Nipsey Hussle after the late rappers estate removed his verse. Do you agree with The Game‘s thoughts on Tupac and YoungBoy?