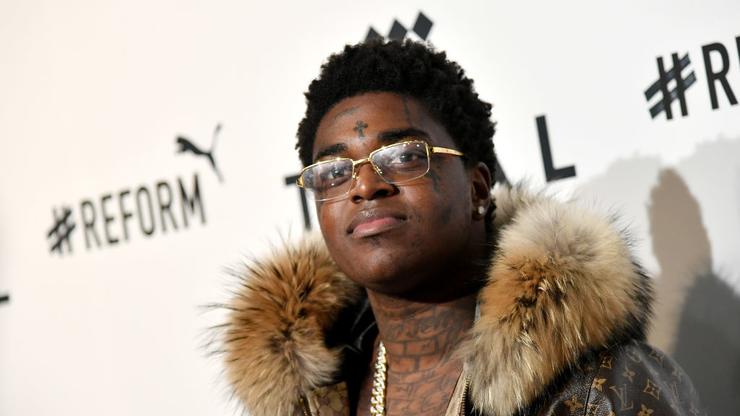 Kodak loves sports. He loves the kids too.

Kodak Black is known just as much for his love of sports as he is for his music. It’s not rare to catch a glimpse of the “Super Gremlin” rapper sitting court side at an NBA game or in the locker greeting his favorite NFL stars. You can even catch Kodak getting twerked on at a National Hockey game. Kodak’s love for sports, and athletes love for Kodak, has earned the star many new friendships in the game.

Back in January, he came to the defense of former NFL star Antonia Brown after he was cut from the Tampa Bay Buccaneers for storming off the field shirtless and much more. The Florida native tweeted, “Don’t B Kwik To Shun @AB84Ain’t Nobody Finna Jus Do That Fa No Apparent Reason. Gotta B Some S*** We Don’t Know Bout & Clearly Fam Had Some Fines to pay & dem People Wasn’t Tryna Put em in da game so he can earn dem bonuses. Of course a n***a gone get frustrated.”

Kodak not only supports professional athletes. The “Roll In Peace” star is often seen playing football with a youth football team in his hometown of Pompano Beach, Florida. Last month, fans captured footage of the star giving the young team, Pompano Eagles, a pep talk on the field. “You gotta practice. You gotta work hard. You cant wake up and expect everything to be given to you,” he told the team.

On Wednesday (August 31), Kodak hit the field once again with the Pompano youth football team; and this time around, he gave them all a shout out and tag on his Instagram story. Check it out below.