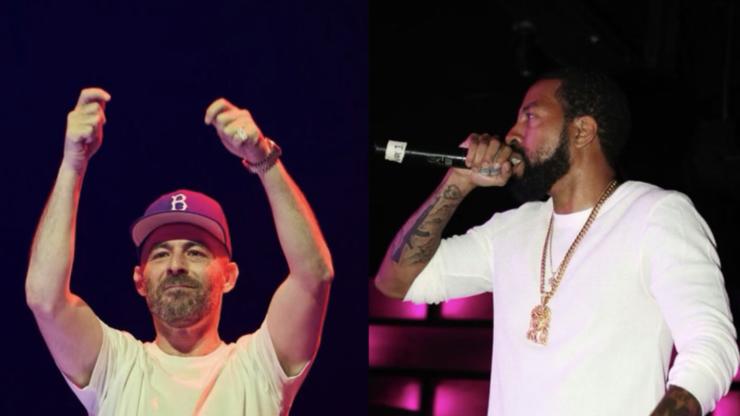 Action Bronson, Boldy James, Knowledge The Pirate, and Ice-T are all due to appear on the August 26th arrival.

August hasn’t even begun yet, but it’s already shaping up to be a great month for hip-hop lovers. Earlier today (July 29) The Alchemist announced via Twitter that his latest project will be dropping next month, boasting 14 tracks that the producer crafted alongside New York spitter Roc Marciano.

The project has been titled The Elephant Man‘s Bones and is due out on the 26th of August. Along with the announcement and the release date, Alc also unveiled the cover art as well as the tracklist.

Fans will be happy to hear that features will be coming from Action Bronson, Boldy James, Knowledge The Pirate, and Ice-T on songs like “Daddy Kane,” “Trillion Cut,” The Horns of Abraxas,” and “Zip Guns,” and even happier to hear that The Alchemist is feeling very confident about his impending arrival.

“I think this is the best shit we ever did,” he tweeted after sharing the exciting news. “Can’t wait for you to hear it.”

This isn’t the first time we’ve seen Roc and Alc team up for a full-length project. Over a decade ago, they worked on the Greneberg EP alongside Madlib’s brother (and Al Gangarene’s partner) Oh No.

Since then, the duo has collaborated on other Marciano albums like Reloaded, The Pimpire Strikes Back, and Behold a Dark Horse – not to mention the countless Alchemist albums they’ve teamed up for.

As HipHopDX notes, 2018 saw them drop four singles together, and during a sit-down with Complex late last year, it was revealed that another joint album between the two has been in the works since 2020’s Alfredo with Freddie Gibbs wrapped up.

“First, I called Roc Marci, and I told him, ‘There’s nobody I’d rather do a whole album with than you after this,” The Alchemist shared at the time. “And we started work on a record that’s coming soon.”

Are you excited about The Elephant Man‘s Bones? Sound off in the comments below, and tap back in with HNHH later for more hip-hop news updates.