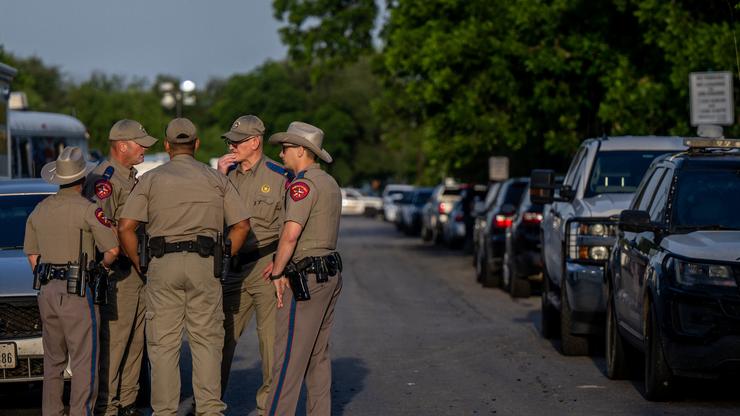 The gunman responsible for the latest mass shooting in Uvalde, Texas allegedly sent disturbing messages to a girl on Instagram before the attack.

The 18-year-old responsible for the latest mass shooting, which left 19 children and 2 adults dead at Robb Elementary School in Uvalde, Texas on Tuesday, allegedly sent unnerving Instagram messages to a female minor in Los Angeles before the incident. The girl has come forward to show DMs coming from Salvador Ramos’s account starting on May 12.

The girl says she did not know the gunman and the messages began coming out of the blue. The interaction started with Ramos tagging her in a picture of his guns, before he asked her to repost the picture in her DMs.

“What your guns gotta do with me?” she asked.

“Just wanted to tag you,” he wrote in response.

The girl, who remains anonymous, shared the messages with Yahoo News on Wednesday.

“I’ll text you in a hour, but you HAVE TO RESPOND. I got a lil secret I wanna tell u,” he writes in one message. “Ima air out.”

Ramos reportedly murdered his grandmother before driving to the school, where he went on a shooting spree, barricading himself in a classroom. Law enforcement officers eventually broke in and shot and killed Ramos.

Before the attack, Ramos purchased the two AR-style rifles on his 18th birthday.

“I wish I stayed awake to at least try to convince him to not commit his crime, I didn’t know,” the girl wrote in a statement on her Instagram Story. “I don’t know him and I don’t even live in Texas.”