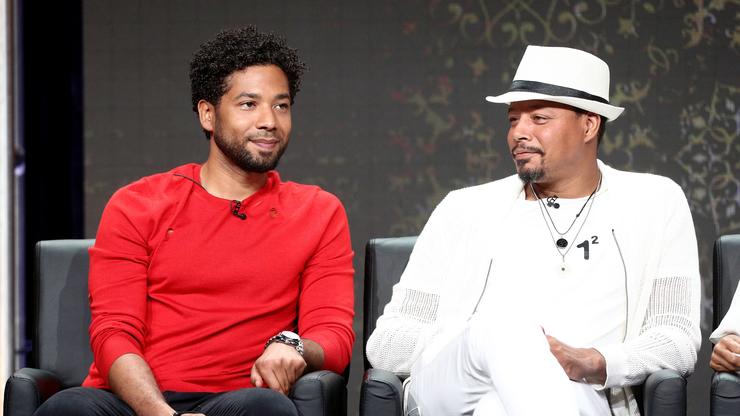 He also added “if they had gotten away with it” then there may have been a “very scary and very ugly” situation between Black people and MAGA.

A jury has found Jussie Smollett guilty of orchestrating the attack against him with the help of the Osundairo brothers and his former costar is speaking out about the case. Immediately following the news of an alleged racially-motivated, homophobic assault on Smollett, many of his Empire co-stars came forward to publicly support him. Taraji P. Henson and Terrence Howard let their voices be heard, but it seems that Smollett’s former on-screen father has more to say now that a verdict has been given.

Howard reportedly sat down with the Mark My Words radio show and was asked about the controversial case. The actor admitted that he first viewed the circumstances under the lens of being close with Smollett.

“It’s interesting, it’s an uncomfortable question because anyone that’s aware of the show or my relationship with Jussie would know that Jussie is, for six years, he was my son,” Howard said. “He was my son that I had the most difficulty with on that show as far as the character world goes. So, you end up getting very close to individuals that you have the most struggle with. Whose characters you have the most struggle with.”

Although he reportedly also said that both he and his family “love Jussie,” Howard respected the decision made by the jury.

“They judged him and found him guilty, twelve of them that judged from a completely unbiased position… You have to respect that,” said Howard before adding that this incident could have had catastrophic consequences.

“If they had gotten away with it, whoever orchestrated it. Whatever was set up. If they got away with it, then we would have the potential of Blacks feeling like they need to defend Black people against MAGA, and it could have turned into something very, very scary and very ugly,” he said. “People would have gotten hurt and killed and if that was the case, the blood on someone’s hands would have been massive.”