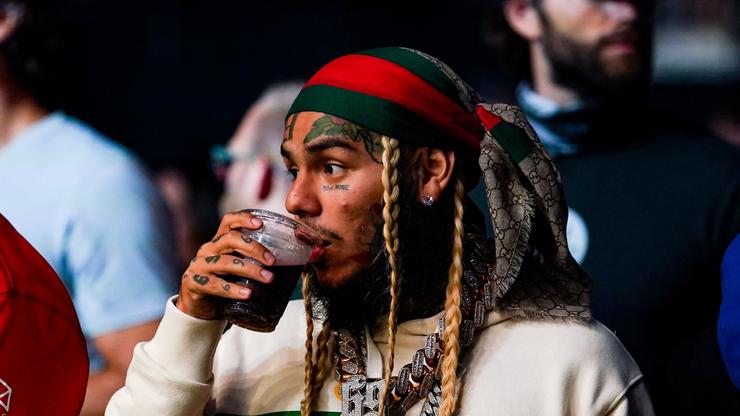 Tekashi 6ix9ine is being slammed on social media for his latest insensitive comments regarding the death of PnB Rock, who was shot and killed at Roscoe’s Chicken and Waffles in Los Angeles on Monday. In a post on his Instagram Story, 6ix9ine joked about the rapper’s final meal.

PnB Rock was dining with his girlfriend at the restaurant when the couple was approached by the unidentified shooter, who reportedly took off with their jewelry before shooting the rapper and fleeing the scene.

“Homie died over [waffle emoji].” 6ix9ine wrote in response to the reports.

“I don’t wish death nobody… But ya’ll n****s killed PNB ROCK while he was eating peacefully. But let 6ix9ine live disrespecting Nipsey,” one user wrote on Twitter. “I’m starting to see that Charleston White is right.”

Another similarly added: “Like… out of all people, you kill PnB Rock???? It’s n****s like 6ix9ine walking around.. George Zimmerman still alive… and you kill PnB Rock. That man didn’t bother anybody. Not a fucking soul smfh.”

Other users wondered why 6ix9ine was still allowed on social media, while some defended his actions as justifiable, due to PnB Rock previously dissing him on online.