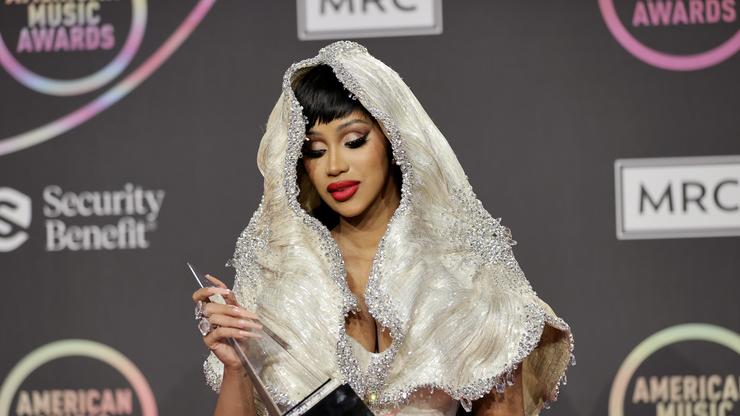 Cardi B’s attorneys are reportedly working on a legal response after blogger Tasha K defies a judge’s order to remove defamatory videos about the rapper.

Cardi B took a massive W in her legal battle against vlogger Tasha K over defamatory videos about the rapper. However, Cardi’s attorneys are still working tirelessly to get the videos in question scrubbed from the Internet, even after a judge ordered Tasha K to do so.

Journalist Dennis Byron shared an update on the case, revealing that Tasha K defied the court order to remove the videos about Cardi B on her page. Byron said Cardi’s legal team is now looking into filing a new response to court that could potentially lead to potential prison time for the vlogger. “Breaking! The Blogger Lady aka #TashaK defies Federal Court Order by failing to remove defamatory statements about @iamcardib #CardiB Legal teams mounts a response. She is facing possible prison time and financial sanctions. This is a developing story,” he tweeted.

The rumors that Tasha K was taken into custody were challenged by Byron shortly after. “Fake News Alert: Blogger Lady is not in jail YET despite what her “minion” aka employee is reporting on #TashaK IG live,” he wrote.

Cardi B sued Tasha K in 2019 after the blogger shared videos on her YouTube page making several false allegations about Cardi B. A judge ruled in Cardi’s favor, resulting in a near $3M judgment including $1.5M in punitive damages and another $1.3M in litigation expenses. In response, Tasha K stated that she “don’t got it.”