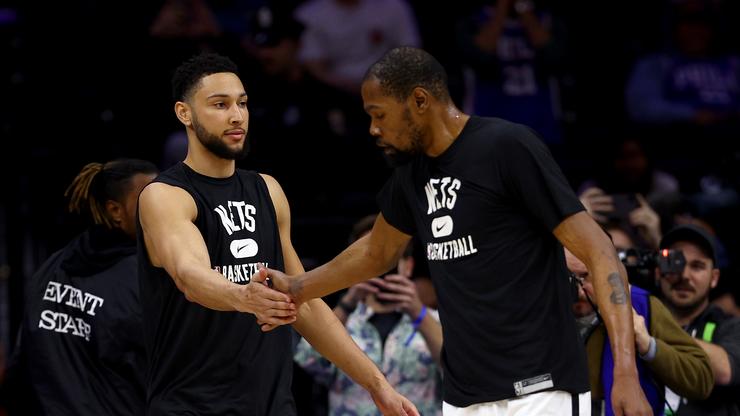 The Nets have yet to see Ben Simmons in uniform.

Ben Simmons has yet to play a single game for the Brooklyn Nets, which is a real problem when you consider how the Nets are about to face off against the Boston Celtics in the NBA playoffs. The Nets could use some defense right now, and without Simmons on the court, the Nets could be in for a world of hurt on the defensive end of the ball.

Regardless, there is now optimism that Simmons will return between games 4 and 6 of the first round. Despite this, Kevin Durant isn’t counting on Simmons’ return anytime soon. While speaking to reporters, Durant noted that it is simply easier for him to act as though Simmons will be out for the series. That way, he won’t be expecting anything other than what’s already been going on with the team.

The Nets and the Celtics will certainly make for a great series, and if Simmons does come back, then it will be a matchup for the ages. Stay tuned to HNHH for news and updates from around the NBA world.