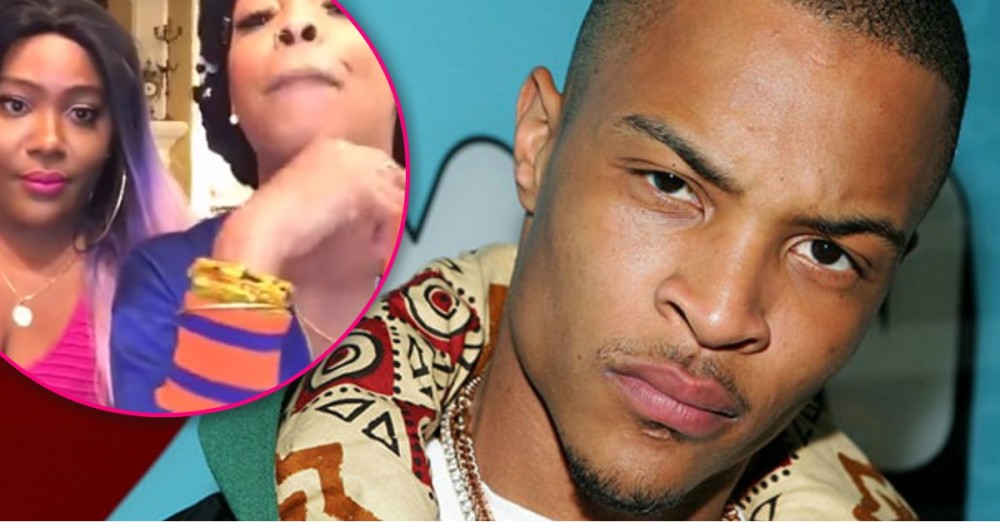 Well, this probably will not end well.

Khia continues to make hay while the tea steeps. The internet gossiper got herself involved in a juicy story after she and her counterpart TS Madison were booted from an Xscape concert.

Though the pair were invited by Xscape opener Tamar Braxton, they have bad blood with some the members Xscape, so they were asked to leave. While Khia definitely would have enjoyed seeing her friend perform, her eyes had to light up when this story fell into her lap. The latest bit gossip floating about that night involves T.I., a favorite subject gossip websites all the world ‘round thanks to his fraught marriage to Tiny Harris. According to Khia, the rapper cursed Tamar Braxton out for inviting her and her TS Madison.

In a new video, Khia goes in on T.I. for not addressing her directly.

“He walked by two real b*tches, went into Tamar’s dressing room and roasted her, her mother and her grandmother,” she explained. “Tip, how you gonna go in there and cuss out Tamar, her mother, grandmother and her sisters? Tip why didn’t you say anything to us? …] Him and Mona Scott (Young) ain’t look our way? T.I. wanted us thrown out, Tiny wanted us thrown out, they lied and said we had weapons.”

“Tiny the best thing you could ever did was divorce T.I. cause he ain’t nothing but a b*tch a** n*gga,” she continued. “I was staring him down and he didn’t turn his head or neck and address us.”