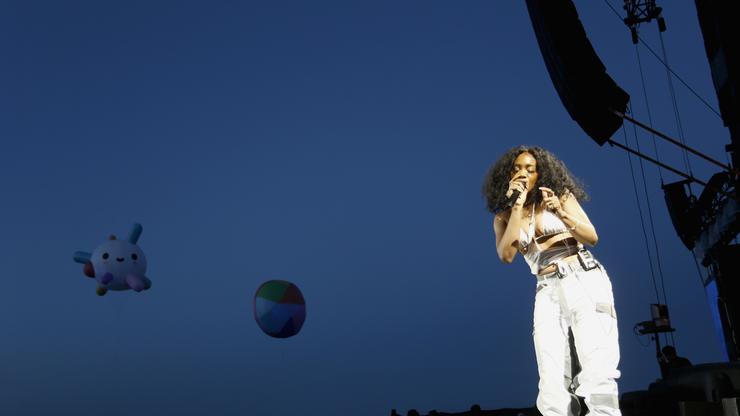 Back in August, SZA tweeted a link to a three-pack of SoundCloud singles and said she was just “dumping random thoughts.”

“Joni,” “I Hate You” and “Nightbird” were posted to a random SoundCloud account, and after a four-year wait since 2017’s Ctrl, fans swarmed to hear new music from the TDE songstress.

“I Hate You” quickly became a TikTok favorite, and nearly four months after it was originally released, SZA brought the record to Apple Music and Spotify last Friday (December 3).

Re-released as “I Hate U,” the song picked up right where it left off. After just one day, “I Hate U” sat atop the Apple Music Top 100: USA and Spotify’s Top 200 United States charts. The record continues to dominate the charts, and as of the time of publication (December 6), “I Hate U” remains atop both platform’s daily U.S. charts and is cementing itself as a bonafide smash.

Over the weekend, SZA took to social media to thank her fans for their unwavering support, and pushing the former SoundCloud loosie to the top of the charts.

“Y’all really made my biggest debut a SoundCloud jam and I dunno how to say thank you enuff,” she tweeted. “Sorry if it’s annoying BUT I REALLY AM SO THANKFUL AHHHH PLAY I HATE CHU TIL HE HATE CHU.”

While there has been no official word on when fans can expect another full-length effort from the 32-year-old, “I Hate U” is a solid consolation, and according to the charts, the excitement for new SZA is as strong as ever.

What do you think of “I Hate U” dominating the Apple Music and Spotify daily charts? Let us know down in the comments.