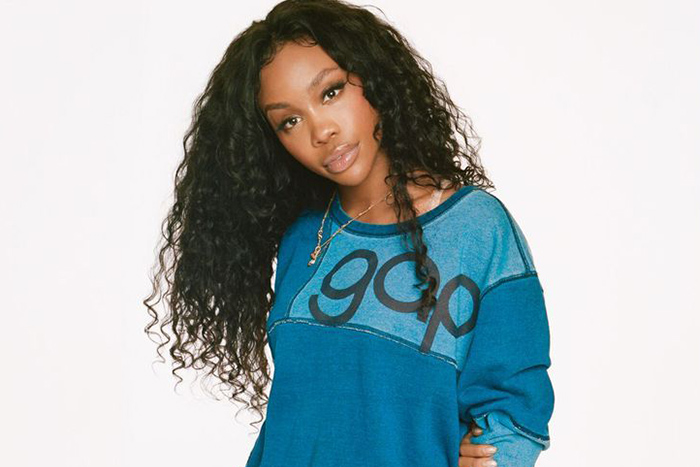 SZA and Metro Boomin are the new faces Gap. The “Love Galore” singer and super-producer star in the clothing brand’s “Logo Remix” campaign, which celebrates the brand’s nearly 50-year history by remixing Gap logos from past decades.

The 60-second spot finds them dancing to an updated version the Thompson Twins’ “Hold Me Now,” which was remixed by Metro Boomin. They are joined by actor Miles Heizer (“13 Reasons Why”), actress Awkwafina (Ocean’s 8), singer Sabrina Claudio, comedian Naomi Watanabe, YouTuber Connor Franta, and more, all decked out in Gap’s “Logo Remix” collection tees, sweatshirts, and rugby shirts.

“Definitely don’t even know how I low-key got gifted the opportunity to be involved with them, just because they’re super iconic and only have worked with iconic people,” SZA told Mic.

“It ended up being something really beautiful and really cool and really nostalgic and positive,” SZA added. “It’s so funny how this whole iconoclast different people and different ideas came together. It’s Gap! It’s weird. It’s like, anything is possible. I wondered if Stevie Nicks was going to just pop out nowhere. Gap is like the fashion Disney. It’s like Got Milk in that it’s mysteriously always messaging the cool stuff.”

This is just the latest ad campaign for SZA, who also recently linked up with six emerging artists to remix Bo Diddley’s “You Can’t Judge a Book by Its Cover,” as part Mastercard’s “Start Something Priceless” campaign.

The song’s meaning resonated with SZA, who spoke about it during the making the music video. “The way we perceive each other has nothing to do with who we are,” she explained. “Self-acceptance usually comes when you’re fed up trying to be somebody else.”

Top Dawg Entertainment President Terrence “Punch” Henderson recently explained how much work it took to get SZA to participate in this initiative. “You can’t see it but it was hard work getting this done,” he wrote on Twitter. “Back to back flights, coast to coast, overseas and back, while doing back to back shows and photo shoots and tour while also being sick with the flu and she had a fever. Most ppl don’t see the work, they see the results.”

Now, SZA is prepping for this Sunday’s Grammys, where she is set to perform. The Ctrl star is up for five awards, the most for any woman this year, including nods for Best New Artist, Best R&B Performance (“The Weekend”), Best R&B Song (“Supermodel”), Best Urban Contemporary Album (Ctrl), and Best Rap/Sung Performance (“Love Galore” featuring Travis Scott).