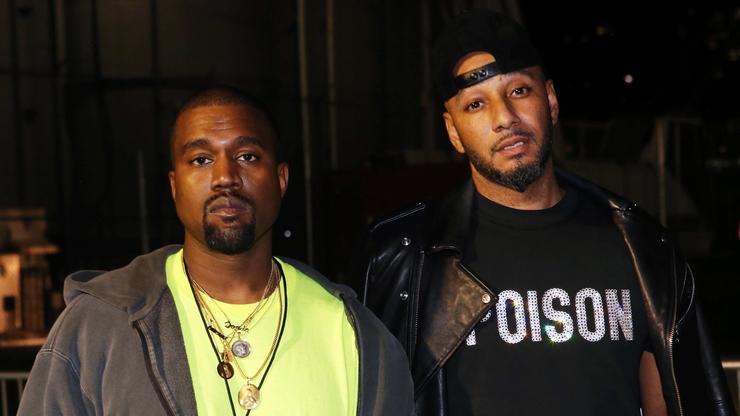 Ye appreciated his friend coming forward and calling the brand out.

For days, Kanye West has been unleashing his fury on social media. Anyone he claims has done him wrong has been targeted, from his ex-wife Kim Kardashian to her boyfriend Pete Davidson to any and everyone on staff at Adidas. A quick peek at West’s Instagram page shows one screenshot after another, but his main grievance seems to be with Daniel Cherry III, senior vice president and general manager of the streetwear brand.

West has accused the company of several infractions, including copying his designs. The controversial matter has caused the brand and the Rap mogul to face scrutiny, but despite West’s delivery, many of his famous friends have come to his defense, including Swizz Beatz.

The megaproducer took to his Instagram page to cosign West by sharing a photo of Adidas‘s kicks with a caption that called them out.

“I usually mind my business but this is DEAD WRONG!” wrote Swizz. “If we let them do this to @kanyewest it will happen to us also! This man created this groundbreaking innovation and it should be respected as a creative ! YE is only asking for his work to be respected and not stolen that’s not crazy to me !!”

The brand has not yet responded to West’s complaints. Check out Swizz’s post below.