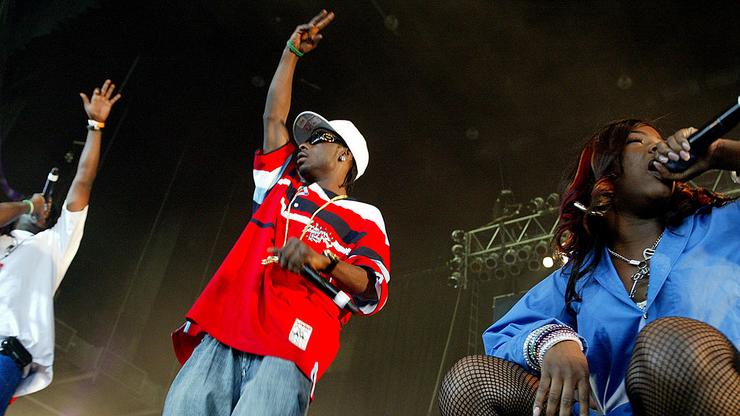 The Mob member seemed to approve of the group’s song being used in new “Honk For Jesus” film.

Crime Mob had no idea of the impact they’d have on the culture when they dropped “Knuck If You Buck” in 2004.

Decades later and the Lil Jay produced record is still one the most in demand songs in hip hop, regardless of age and gender. “KIYB” recently made a resurgence online after a clip of Regina Hall & Sterling K. Brown rapping a religious rendition of the track made its rounds on the Internet. The satirical clip from the upcoming Adamma Ebo directed film Honk For Jesus. Save Your Soul, features Hall and Brown as a husband and wife duo taking a break from their pastoral duties to let loose for a bit.

Brown’s character, Lee-Curtis Childs, opens up the hilarious scene rapping Lil Jay’s verse, while Regina Hall follows up, spitting Princess bars. “Yeah, we knuckin’ and buckin’ and ready to fight,” Hall rapped. Princess of Crime Mob caught wind of the viral clip and shared her thoughts on the group’s record being used in the film. “My parents always said we need to use our talents for the Lord,” she wrote on Instagram.

The 34-year old rapper continued, “#honkforjesus was filmed on flat shoals pkwy in Decatur ga, at the old Cathedral church. Well known on the Eastside…. @[email protected] are rapping #knuckifyoubuck. The movie airs the same weekend we did our first show…. If you don’t think God has a sense of humor… ??? Y’all go watch it in theaters and on @peacocktv.” Honk For Jesus is a mockumentary style film that gives an awkward insight into the Black church after Brown’s character is accused of sexual misconduct and the entire church faces backlash.

Check out Honk For Jesus. Save Your Soul available now in theaters and on Peacock.