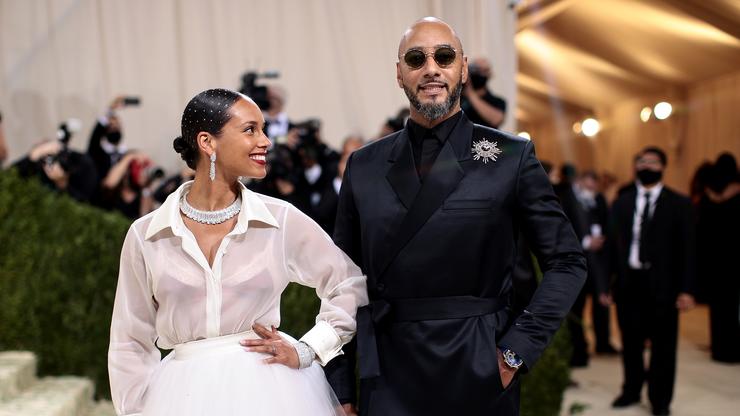 The radio personality claimed Swizz was cheating with La La Anthony but the megaproducer quickly jumped in to shut down the gossip.

By now, fans know that when it comes to Alicia Keys, Swizz Beatz is not the one to play with. The couple has known one another since they were just teenagers in New York, but by 2010, they were engaged and expecting their first child together. Swizz and Keys never skip a beat in fawning over one another publicly, whether it be with physical or verbal affections, so when a media personality attempted to stir the pot with unsubstantiated allegations that the megaproducer was stepping out on his wife, Swizz was quick to shut it down.

La La Anthony has found her name in headlines as people discuss her split from Carmelo Anthony, but Miss Jones hopped online with accusations that La La was having an affair with Swizz.

Miss Jones claimed that she received a DM from someone who said they were in Swizz’s camp. This phantom person told Jones that Swizz wasn’t leaving Keys and La La was in love, and after The Jasmine Brand shared a clip of Miss Jones, people were quick to fire off speculative comments. However, Swizz was made aware of the Instagram post as well and he issued a brief response.

“Knock it TF OFF!!!!!!!!!” wrote Swizz in the comment section. The public seemed to agree as they cosigned his sentiments. Check it out below.