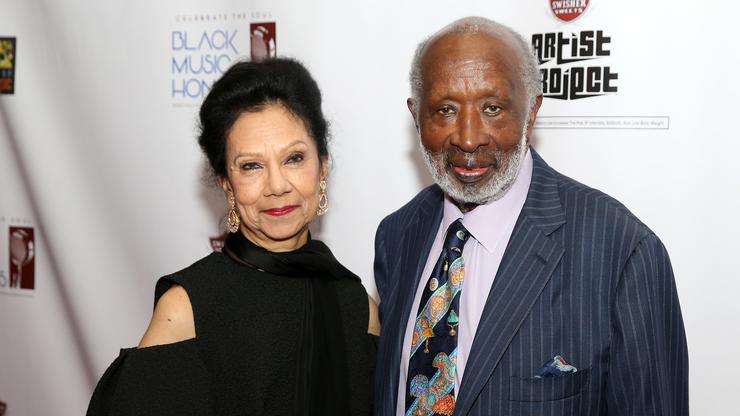 Parolee Aariel Maynor was arrested at a separate residence where he was said to have shot himself in the foot.

A little over 24 hours following the tragic murder of Jacqueline Avant during a home invasion, police have arrested a suspect. Yesterday (December 1), we reported on the shocking home invasion that resulted in the death of 81-year-old Jacqueline Avant. She was the wife to Clarence Avant, a legendary music executive whose career spans decades, generations, and borders.

Hollywood has collectively mourned this callous incident as people like Oprah Winfrey and Tyler Perry have expressed their grief and devastation publicly. Now, investigators have shared that a suspect is in custody—and he was apprehended after literally shooting himself in the foot.

The suspect has been identified as 29-year-old parolee Aariel Maynor. He was captured on surveillance cameras in the neighborhood as his car was seen leaving the area. However, that wasn’t what directed police to him; it seems that Maynor was arrested after dispatch received a call about a robbery and shooting. He was located behind a second residence with a gunshot wound.

“At this time, we’re only looking at him as a suspect, but again, there’s a lot of evidence to go through, so we’re leaving open the possibility there could be other people involved,” Beverly Hills police Chief Mark Stainbrook said.

Stainbrook described Maynor as a parolee with an extensive criminal history. According to the California Department of Corrections and Rehabilitation, he was most recently released to parole supervision on Sept. 1 after serving four years for second-degree robbery. He has previously served time for a separate robbery conviction and grand theft.

Maynor was also found to be in the possession of a firearm similar to the one used to kill Jacqueline Avant. Once Maynor has been treated and cleared by doctors, he will be taken to jail.