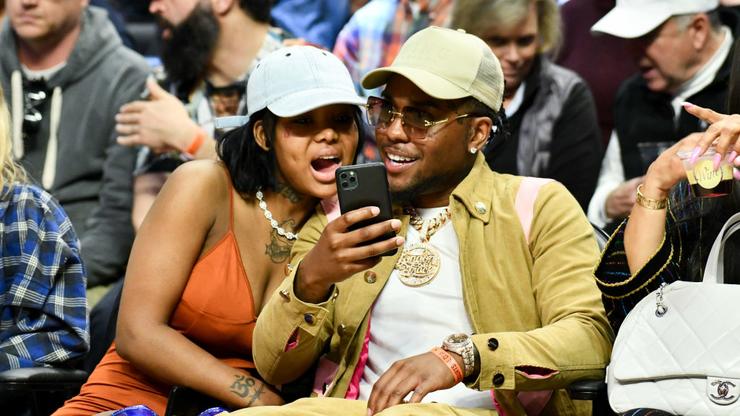 “I wanna start with your mama, she should’ve whooped your ass.”

Summer Walker is still not Over It. For Mother’s Day, the 26-year-old revealed that she was given a gift from her baby daddy, London On Da Track, but she didn’t keep it in the house for long before it was thrown in the trash.

Since their 2021 breakup, the co-parents have traded shots on social media various times – most recently, Walker lashed out at the producer over his parenting methods, accusing him of treating their daughter like a “little car or prop [he] can just post for clout.”

When photos of a floral bouquet that London gifted to a woman appeared on a blog, an Instagram user couldn’t help but wonder, “Did Summer get a flower too?”

It wasn’t long before they got an answer, directly from the source. “Same ones and left them shits by the dumpster where they belong,” she confirmed, admitting to having tossed the Mother’s Day present.

While she wasn’t feeling London’s surprise, that didn’t stop Walker from enjoying her special day. On her own feed, she shared some behind-the-scenes content of her own at-home birth, which was attended by Erykah Badu and other friends.

“The best day of my life / the most painful day of my life,” she captioned the photo dump. “My Bubblesss arrived, the sweetest bestest girl in my world. Thank you, Erykah, Mama, Sarahn, Shanika, Ashley, and all the beautiful strong Black women that were there to assist me in that loooooooongggggggg ass labour. Y’all amazing.”

Check it out above, and tap back in with HNHH later for more hip-hop news updates.