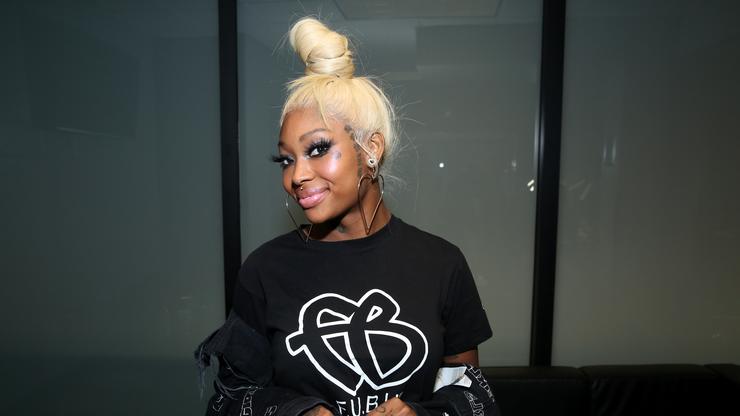 London on da Track, Eboni, Erica Racine, and Summer Walker are in the midst of some baby mama drama.

Summer Walker and London on da Track, who welcomed their first child together earlier this year, have spent the last 24 hours slandering one another on Instagram over bills and their baby. As the nasty insults continue to fly back and forth between the exes, London’s other baby mamas, Eboni and Erica Racine have joined the conversation.

The drama started late Sunday night, when the “Playing Games” singer posted an IG story accusing her child’s father of blowing up her phone over her new man, despite the fact that she’d blocked him.

“Ghetto baby daddy from hell,” Walker wrote. “I be minding my business & NEVER call him unless it’s about the well being of my child.” She then went on to claim that her new boyfriend helps her with her baby more than London, and welcomed him to come collect the vehicle he gifted her that has yet to be paid off.

The father of three took his time crafting a reply, shooting back early this morning with his side of the story. “Post the current receipts if shit accurate don’t lie..PLUS my new woman ain’t goin for no shit like that,” London posted, also hinting at a new relationship.

The 30-year-old then said that Walker should “put the jewelry in the arm rest,” as someone will be picking up the vehicle she mentioned in the near future. In her usual fashion, the Atlanta singer fired out a fast and feisty response on her @galactawhore account.

“London, your a pathological liar, narcissist, be gaslighting & everyone knows it. This could all be so simple, stop sending threats to the people around me and stop worrying bout what we got going on over here, just take care of your baby, that’s it.”

Walker then directed a message towards Eboni, saying, “you need meds. You was just crying about him not being shit for 2 years and tried to blame it on me when I was the main one always encouraging him to be with his children.”

The “Over It” singer then escalated things a step further, heading to her main Instagram page to post an IGTV addressing the issue. The clip started with Walker brushing her teeth saying it’s “too early” for all the drama. She then launched into a self-proclaimed public service announcement, telling Erica, Eboni, and London to leave her alone.

When she addressed her ex, Walker said, “I went on a date with the step father of your child, then the next day I get all these threats and shit. Leave me alone!”

The singer also told Eboni that she has “no problem with her,” and that she “can’t wait to see their kids grow up together.” In a since-deleted story, London’s first baby mama shot back at Walker, calling her a “dirty roach” and alleging that “London was laughing at your goofy ass then & now.”

Although that post was removed, Eboni currently has one post up explaining her thoughts on the situation. “To everyone concerned about my sex life: No, I’m not doin none of that with London. Summer is dragging it. He does what he says he’s goin to do and spends time with all his kids now that Summer is out the picture like I said.”

“As long as he keeps doing right by the kids we’re cool,” she continued. “I wish him and his new girl well.”

It remains unclear who both Walker and London are currently dating, but one thing’s for sure – if things turn sour, Instagram will likely be hearing about it.