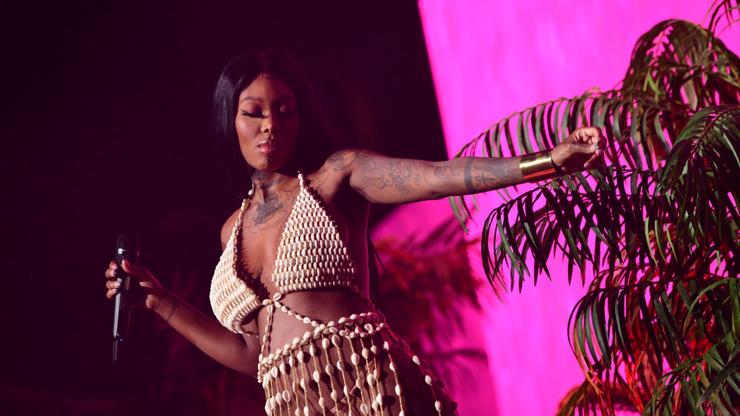 The “Still Over It” singer also called out fans who have been too comfortable touching her bump during photo ops on IG.

Summer Walker‘s first pregnancy wasn’t an easy time in her life, but the second time around, she appears to be feeling the love. The 26-year-old shared the exciting news with fans late last month, first dropping off a selfie that sparked speculation, and later confirming the gossip herself.

“It’s just, you know, really peaceful, really happy,” the Still Over It hitmaker told fans of her journey so far while on Instagram Live. “Lots of help, lots of love, and the only reason I’m even saying anything is because, you know, last time… I felt very disrespected that people didn’t let me tell that myself.”

Now that the news is public knowledge, Walker has been having plenty of fun dressing up and showing off her bump – perhaps taking some inspiration from new mother Rihanna’s iconic pregnancy serves earlier this year.

Most recently, she stepped out in a stunning sparkly two-piece set, leaving her midriff exposed white strutting and spinning for the camera in a pair of strappy heels. The R&B diva’s long black waves hung down her back, and she kept the upper layers out of her face in a high ponytail.

Though she obviously looked glamorous, Walker’s night out on the town was hit with some rough patches when fans failed to respect her personal space during a photo op. “I thought it was common sense, but don’t touch my belly if [you’re] a stranger,” she wrote on her Instagram Story.

“I give bitches an inch for a picture and they take a mile.” On another slide, she continued, “Shit like that why [I] don’t f*ck with people in the first place.”

Check out more maternity photos from Summer Walker below, and tap back in with HNHH later for more pop culture news updates.