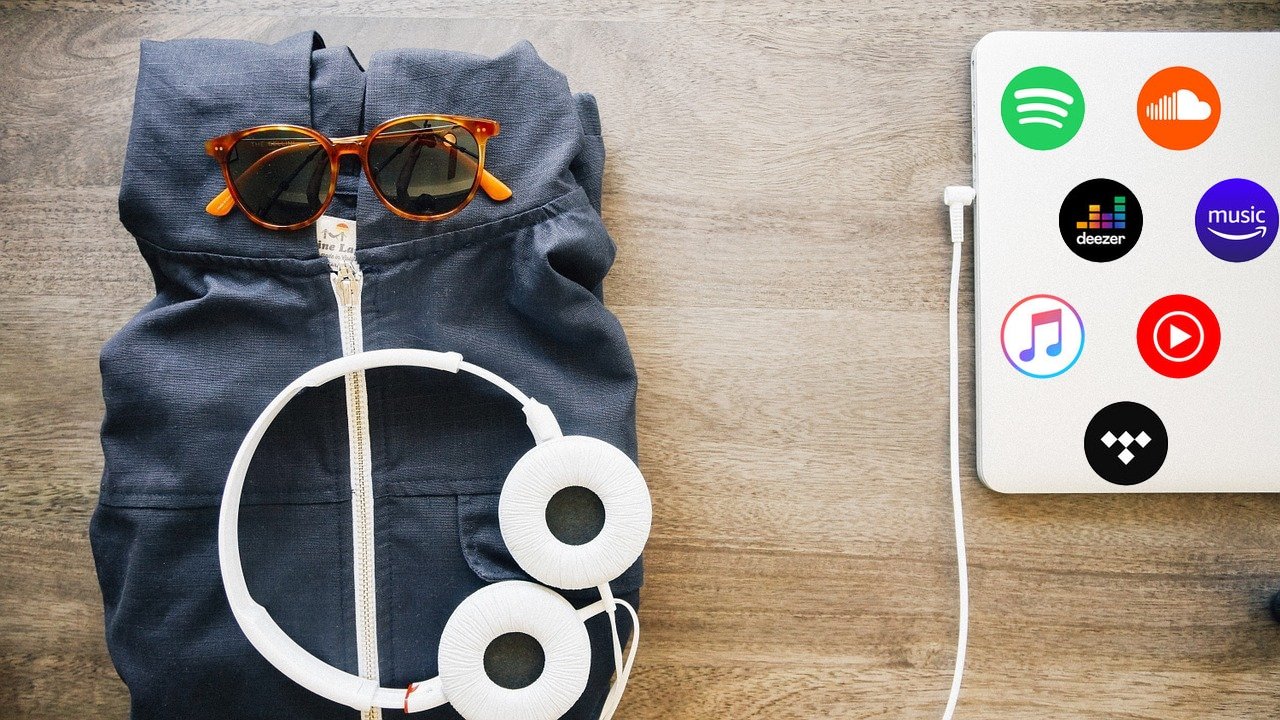 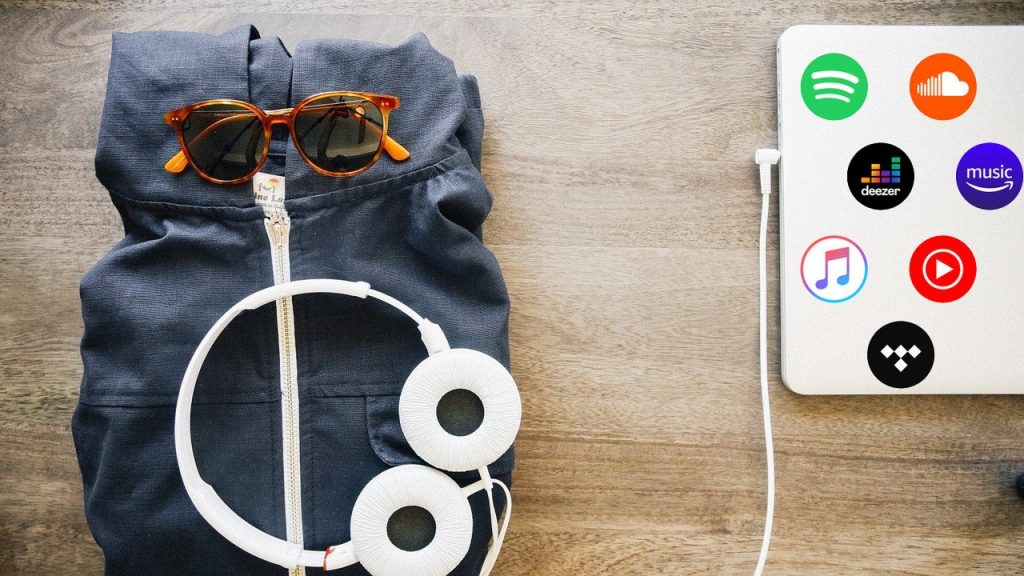 As 2021 rolls on, Spotify remains atop the roost of streaming music subscription services. But its market share is suddenly ebbing while the competition is intensifying. Here’s a look at the fastest-growing Spotify alternatives, many of whom have designs on Spotify’s lofty lead. Others, however, are focusing on niches that are increasingly in play as the streaming space matures.

Since Spotify first made its debut in October of 2008, the app has attracted more than 165 million subscribers and assumed a dominant position atop the streaming music industry. Spotify’s paying subscriber base is remarkable by any yardstick and almost unthinkable ten years ago. But now that the market is maturing with roughly 500 million streaming music subscribers worldwide, Spotify’s position at the top of the roost is anything but guaranteed.

Even more worrying for Spotify, a recently-published report by MiDIA noted that streaming competition is intensifying. Despite adding the most net subscribers of any music-streaming service between Q1 2020 and Q1 2021, Spotify is slowly losing market share to rivals like YouTube Music, Tencent Music, and Amazon Music.

Then again, not every Spotify alternative platform is aiming to be the biggest or the baddest. Instead, the music streaming space is now diversifying to include more musical niches, audiophile experiences, and apps like TikTok. Even fitness brands like Peloton and sports leagues like UFC are crafting their streaming apps to accommodate their unique audience demands.

So who are the biggest and most interesting Spotify alternatives in 2021?

Here’s a quick look at ten major competitors worldwide, all of whom are getting increasingly noticed by music fans — and execs at Spotify.

When it comes to Spotify alternatives, some people think Bandcamp tops the list. But this indie-focused platform is unlikely to court Wall Street billions or Ed Sheeran exclusives.

Indeed, Bandcamp’s users have started referring to the app as the “anti-Spotify” in recent years. Whereas Spotify has relied on third-party advertising for revenue and uses a complicated formula to calculate artist royalties, Bandcamp doesn’t collect any personal data on its users and lets artists set their own prices. Unlike Spotify, Bandcamp also lets anybody submit tracks to the platform.

If you have a passion for supporting independent artists, then you’ll feel great about using Bandcamp. For an app that doesn’t use paid advertising, it certainly has an exhaustive list of features and a great user experience. You can pre-order new albums before they come out, download files for listening offline, and catch new live concert streams every day.

Bandcamp’s Key Features at a Glance:

SoundCloud‘s massive content library contains more than 265 million songs and podcasts. To get full access to the library, however, you’ll need a SoundCloud Go+ subscription.

As a Go+ subscriber, you can dub multiple tracks over each other to create your own DJ mixes. This is certainly a handy feature if you host a lot of house parties. A regular SoundCloud Go subscription, which is priced a bit lower than the Go+ tier, offers unlimited downloads with partial access to the app’s extensive audio library.

As far as monolithic streaming apps go, SoundCloud is one of our top choices.

SoundCloud’s Key Features at a Glance

YouTube Music was once notorious as the biggest free music platform on the planet. But now, it’s surprising the space with its better-than-expected subscriber numbers.

As the world’s second-largest search engine, YouTube brings a natural advantage to the music streaming space. After all, one of the ways that YouTube’s video platform acquired its initial user base was by offering tools that let anybody create custom playlists of their favorite music videos.

YouTube Music’s free tier offers a few useful features and decent audio quality at 128 kbps. In addition, this app is one of the few that can compete with Spotify when it comes to providing the world’s top podcasts. With that said, the paid version gives users a decidedly better experience. For example, mobile streaming on the freemium version stops as soon as you minimize the app.

In summary, YouTube Music is definitely worth a look. You can always give the freemium tier a risk-free trial if you aren’t sure about paying for a subscription right away.

Amazon has really branched out into both video and audio content services lately, and the company’s Music Unlimited offering is exactly what you would expect. With Amazon Music Unlimited, you can turn Alexa loose to discover new artists for you while you sleep, categorize tracks by mood, and transform your Fire device into a karaoke machine. If you have the words to a song stuck in your head, you can even run a lyrics search to pull up all of that song’s details without knowing the title.

Amazon Music Unlimited runs on a slightly different subscription model than every other service on our list. Prime members get discounted subscription pricing, and Echo owners get the option to use the service on only one device for more than 50% off.

It’s no accident that Apple Music is the biggest of the Spotify alternatives — at least when it comes to paying subs. As the inventor of the iPod and the first company to democratize audio distribution, Apple is in a unique position to take on Spotify in the years to come.

For starters, Apple Music‘s library boasts several million more tracks than Spotify’s, and the Apple Music team recently added lossless audio support for an optimized streaming experience. If you have an iOS mobile device, then you can play tracks on the app using nothing but voice commands to Siri. Plus, every subscription automatically comes with a 90-day free trial.

After officially merging with Indian telecommunications behemoth Reliance Jio in 2018, JioSaavn has quickly become the world’s premier live-streaming app for Bollywood songs and other Indian music. With over 100 million subscribers, the app offers a high-definition audio experience, the ability to download unlimited songs offline, and access to a collection of more than 45 million tracks.

As the app’s fan base has grown, JioSavvn’s team has also started helping independent artists create original content through an official company music label. Notably, the label has launched several tracks to the top of iTunes India.

JioSaavn’s user interface is crisp, and the app offers both free and paid versions. The free subscription tier supports up to 64kbps of streaming quality. JioSaavn Pro subscribers, on the other hand, have access to streams at 320kbps and no cap on offline downloads.

JioSaavn’s Key Features at a Glance:

Pandora was one of the first streaming services to hit the market in the early 2000s, and the app has certainly changed over the years. Just like Spotify, Pandora uses an advanced audio coding (AAC) file format. However, some users have reported that Pandora’s streams buffer a bit more than Spotify’s.

As a solid budget-friendly choice to replace Spotify, Pandora offers multiple paid versions. Pandora Plus offers extensive search capabilities to help you find the tracks you’re looking for fast, and a Pandora Premium subscription gives you the ability to share all of your favorite playlists with your friends.

Pandora’s Key Features at a Glance:

In 2007, Qobuz officially became the first app to offer truly high-resolution streaming quality. You won’t find as many songs in the Qobuz library as you’ll find on Spotify today, but you will find a great mix of avant-garde tracks and albums that are hard to find anywhere else.

The Qobuz interface displays a distinctive “Hi-Res” icon next to every album that’s available in high-resolution, so you can easily create high-quality playlists with only a few clicks. As you stream, the playback bar keeps you updated on the track’s bitrate and frequency. With availability on Chrome notebooks, smartphones, tablets, desktops, and every other digital device you can imagine, Qobuz is arguably the most accessible app on our list.

If you love to search for new music, then this might be the Spotify alternative for you.

Qobuz’s Key Features at a Glance:

Deezer‘s impressive array of features certainly rival everything that Spotify has to offer. This app’s home screen lets you easily search for all of your favorite artists, browse recommended playlists, find new tracks in whichever genre you would like, and get personalized recommendations in an instant.

Just like on Spotify, you can like songs, skip tracks, and create a custom queue on Deezer. Moreover, Deezer’s “Made for You” section creates new custom mixes for you every day. In addition, Deezer is actually available in several more countries than Spotify at the moment.

If you’re in a country where you can’t get Spotify or just looking for a great alternative, then you’ll definitely want to take a look at Deezer.

Deezer’s Key Features at a Glance:

Total Subscribers: Between 7 million and 14 million

Tidal has been struggling to keep up with its bigger rivals like Spotify, though it does have some interesting features.

For starters, Tidal claims that its audio library is even larger than Spotify’s, and it further says its features some hard-to-find independent artists in a variety of genres. Furthermore, Tidal offers access to over 250,000 documentaries, full-length films, music videos, and filmed concerts, part of a plan to become one of several serious Spotify alternatives.

Higher-res audio is also a draw, though usability has been a nagging issue for years. Artists have also complained about erratic payments, with investigations even zeroing in on possible accounting malfeasance.

Tidal’s Key Features at a Glance: