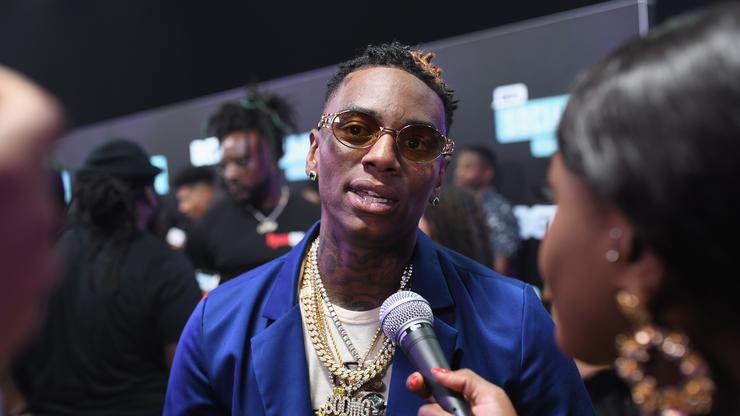 “Squid Game” continues to steal the show this Halloween.

Just last month, Squid Game took the world by storm and quickly became one of the biggest Netflix shows of all time. If you are a fan of the show, then you know that it had an incredibly cool concept and while the ending proved to be controversial, there is no doubt that viewers liked what they saw for the majority of the series.

With Squid Game becoming a pop culture phenomenon, it only made sense that the show would get some sort of representation throughout Halloween. In fact, Soulja Boy was among the first celebrities to rep Squid Game for Halloween, as the rapper dressed up in one of the masks worn by the guards. While he didn’t make the effort to do the rest of the costume, his helmet was certainly recognizable enough to get him by on that alone.

As the weekend goes on, we’re certainly going to be seeing even more Squid Game costumes from big-name celebrities. After all, the costumes aren’t that elaborate to begin with, and if you’re with a group, it can be a fun costume for the entire squad.

Let us know what you thought of Soulja Boy‘s effort, in the comments below.