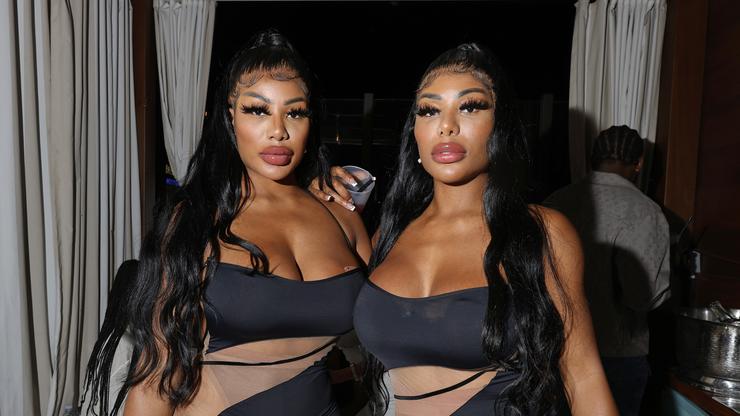 The pair reportedly tied the knot back in March.

While her sister was shooting her shot at Steve Harvey, Shannon Clermont was apparently hiding a secret marriage. The Clermont Twins were first introduced as cast members of The Bad Girls Club, but after their stint on the defunct series ended, they made the most out of their fame. The identical sisters became models and faced scrutiny for their body modifications and surgeries, but they’ve accepted the criticism, capitalizing on every move.

For years, Shannon Clermont reportedly dated Alex Moss, a celebrity jeweler who has created designs for the likes of Drake, Jack Harlow, Tyler, The Creator, and more.

However, according to TMZ, there is trouble in paradise because Shannon has reportedly asked “a judge to nullify her brief and secret marriage.”

The outlet allegedly obtained Clermont’s court documents where she stated that she and Moss wed sometime back in March. Clermont shared that as far as she knew, Moss, a Canadian, was living in America on a student visa, and when he met with his immigration attorney, Moss was dealt difficult news. According to the legal advisor, Moss needed to be married so he wouldn’t be deported. Since the couple wanted to eventually wed anyway, they reportedly sped up the process.

Moss was said to have proposed on New Year’s Day but Clermont seemed disappointed that the engagement ring that she wanted wasn’t the one she received. She also took issue with Moss wanting her to keep news of the marriage under wraps, not sharing that they had a courthouse wedding with anyone, including her twin sister Shannade.

Although they dated for years, their happily ever after ended just four days after the couple tied the knot. Because they’ve been separated since March, Clermont now wants her marriage to be annulled as if it never occurred.