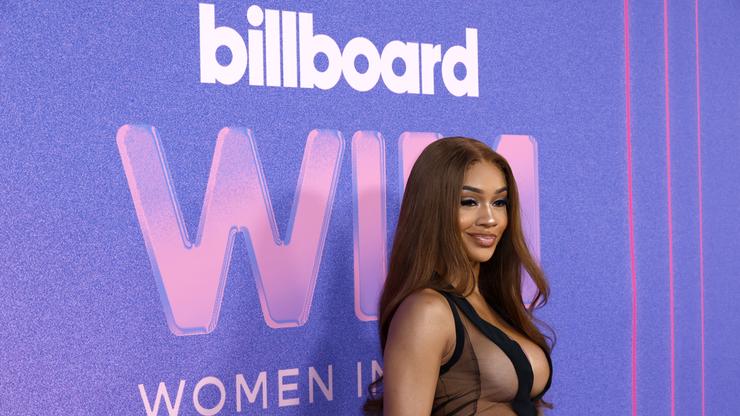 The single “F.N.F (Let’s Go)” by Glorilla has already claimed its spot as the song of the summer. Standing for “F*ck N*gga Free,” the bass-thumping track is all about creating memories with friends while not worrying about being held down in a relationship.

Produced by Hitkidd, the two-minute song has taken over social media, bringing in recognition from artists like Cardi B, Moneybagg Yo, Saucy Santana, and numerous others. Among those esteemed artists, one, in particular, loved the track so much, that she felt obligated to hop on it. Saweetie, known for her girl empowerment anthems, shared a video on Instagram to let everyone know she’s featured on the remix.

In the clip posted for her 13 million followers to see, the “Icy Girl” artist squats on top of a car at a gas station. Beside her is Glorilla, the Memphis native that is now on everyone’s radar. Standing near them are a group of girls recording chanting the lyrics. As the chorus blasted, the women rapped, “Let’s go. At the red light, twerking on them headlights.”

Saweetie, born Diamonté Quiava Valentin Harper, is seen sporting a pink wig with the shoes to match, a sparkly silver top, and short jeans that gripped her waist as she thrusted on top of the vehicle.

As of now, a release date has not been set for the remix. Watch the entire clip below.