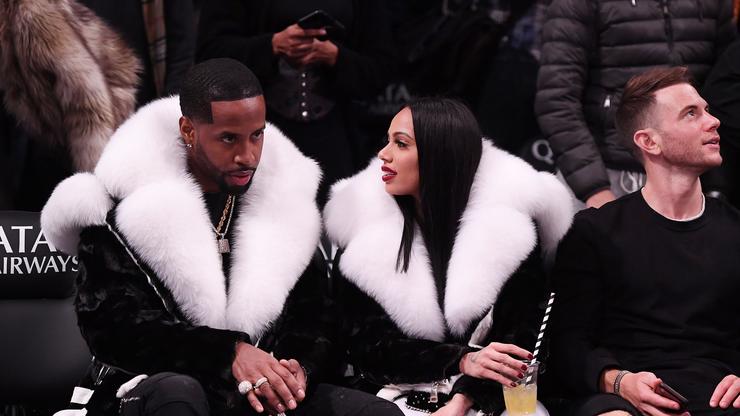 His mom says she’s both “hurt” and “embarrassed” by his behavior, adding he wasn’t raised to treat women in such a way.

His antics have always caused him to trend in some capacity, but in recent months, Safaree Samuels has been taking hits due to his marriage with estranged wife Erica Mena. Years ago, the couple played out their love story for a global audience as they touted their love on reality television, even marrying on Love & Hip Hop. However, things took a turn this year and just weeks after announcing they were expecting their second child together, the couple shared that they were divorcing.

Both Safaree and Erica have to watch the memories of their relationship on TV with the rest of the world, reliving moments that they would probably rather not rehash. Some of their internet exchanges have also been rather controversial, as Erica has accused Safareee of taking up with Joe Budden’s ex and leaving her alone with their newborn while the baby was in the NICU.

On tonight’s (August 2) episode of Love & Hip Hop Atlanta, Safaree met up with his mother, and to say that she was disappointed with his recent behaviors is an understatement. Safaree revealed that Erica was six months along when he found out about the pregnancy and they were sleeping in separate rooms. “There was so much turmoil and us not getting along,” he said.

His mother told him that with marriage comes arguments, but he needed to learn not to shut down. “You create problems when you do that,” she said. “You get upset and you start tweeting. I don’t like that, man. And you know you wasn’t raised like that. You know. You know when it comes down to women, the utmost respect.”

She told her son that when she sees him do and say such things, it both “hurts” and “embarrasses” her. Check out the clip below.