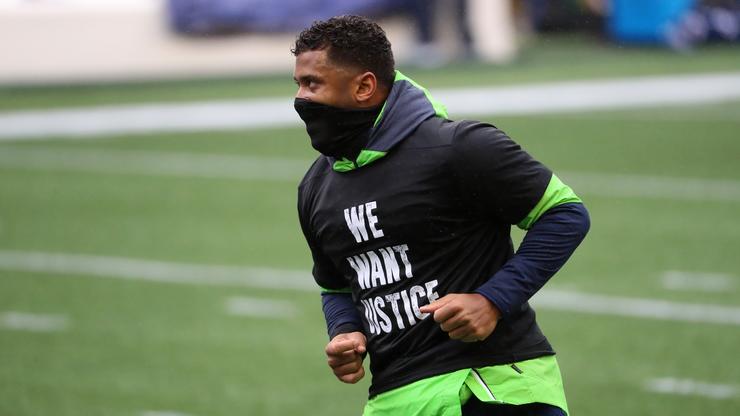 Antonio Brown could be a Seahawk in just a few weeks.

Antonio Brown was suspended by the NFL for eight games at the start of the season, following an investigation into alleged inappropriate conduct. In just two weeks, Brown will be allowed to sign with whomever he pleases, granted there is a team that is willing to sign him. As it stands, it would appear as though multiple teams want Brown, including the Seattle Seahawks. The team’s quarterback, Russell Wilson, worked out with Brown in the offseason, and they seem to have a relationship.

In a new report via Pro Football Talk, Wilson spoke about the potential for a Brown signing and what it would mean for both sides. Essentially, Wilson believes that AB is a hard worker who can grow as both a player and as a man, while on the Seahawks. Needless to say, Wilson would welcome AB on his team.

“Most of the conversations I’ve had with most his former teammates and stuff like that said that he worked hard every day,” Wilson said. “He came ready and I think he had a bad year or two there that didn’t go the way you want it to. I think that with our culture and how our culture is, with Coach Carroll, with the teammates that we have, the men that we have and the growth, I think, if he does play football, I think this is a great place. If he does play again, I think this is a place that he’ll grow a lot as a man as well.”

With Brown’s suspension nearing it’s end, keep it locked to HNHH as we will bring you the latest updates from the football world.