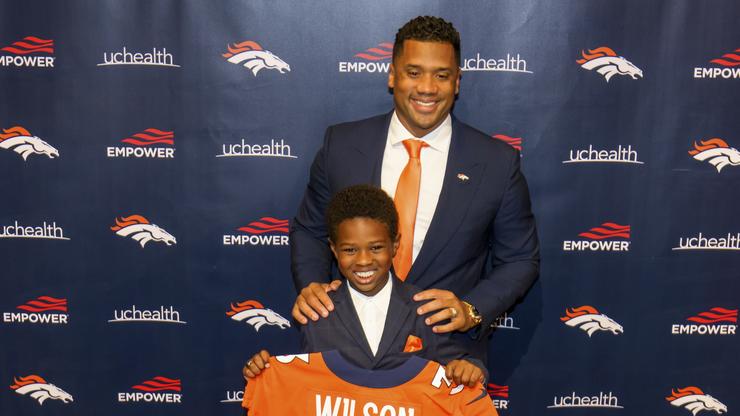 New Denver Broncos quarterback Russell Wilson posted a heartfelt message to his stepson, Future Zahir, to celebrate his eighth birthday on Thursday morning (May 19). The post featured pictures of Wilson and Zahir side by side, referring to his stepson “the greatest blessing in the world.” Zahir is the child of Wilson’s wife Ciara and rap superstar Future.

“Happy Bday Future!” Wilson said in the caption. “8 years old! You are the greatest blessing in the world to me!”

“You are so full of the fruit of the Spirit of Jesus! Love, Joy, Peace, Forbearance, Kindness, Goodness, & Faithfulness!”

The 2014 Superbowl champion added, “Mommy, Daddy, Sienna, and Win love you to Heaven and back!”

Ciara couldn’t help but comment on her husband’s posts, writing, “The Big Boy is 8! So happy! So Proud! What an exciting day.”

The former Seahawk has received criticism from Future in the past for his relationship with Zahir. The rapper previously called out Wilson for being seen out in public with his son, telling Wilson to “leave my son out of publicity stunts.”

Along with a picture of them together, Wilson posted a photo of his stepson in baseball gear, showing that Zahir may be following in his stepfather’s footsteps. Wilson was drafted by the Colorado Rockies in 2010, but the two-sport athlete chose football instead.

During this past offseason, Wilson was traded from the team that he took to two Super Bowls to the Denver Broncos. He will face his former team in a Week 1 matchup at Lumen field on September 12.