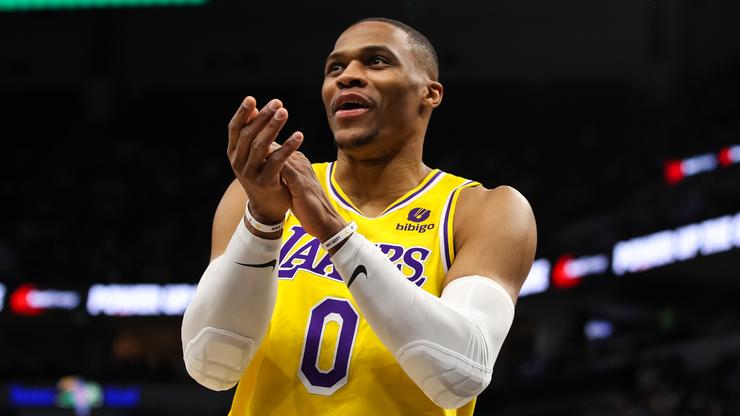 The Lakers have been hit hard by injuries this season.

Anthony Davis is the latest Lakers player to get hit with the injury bug as he will now have to miss at least four weeks with an MCL injury. This is not what the Lakers wanted to hear, and at this point, it remains to be seen whether or not Davis will really come back at the end of those four weeks. He is an injury prone player, and his performances this year have led us to believe that his head might not be in the game right now.

Last night, the Lakers lost yet another game, this time to the Chicago Bulls. Russell Westbrook dropped 20 points, and afterward, he spoke to reporters about Davis and what the big man’s absence will mean for the team going forward. As you can imagine, the Lakers are a bit worried.

“It’s tough. Anytime you see somebody go down, they gotta miss some time, especially from the game that they love to play. It’s tough,” Westbrook said via ClutchPoints. “I’ve been there and I understand just the emotional state. Just try to keep uplifting him, staying positive, talking to him. Making sure he’s trying to win each day so he can get back healthy.” Westbrook then went on to talk about how he has had to take on an increased work load and how it’s something he will continue to do for as long as the Lakers need him to.

The Lakers are desperately trying to hang on in the Western Conference, and while the conference isn’t even that strong this year, the Lakers cannot manage to remain consistent. Only time will tell whether or not they can get it together.