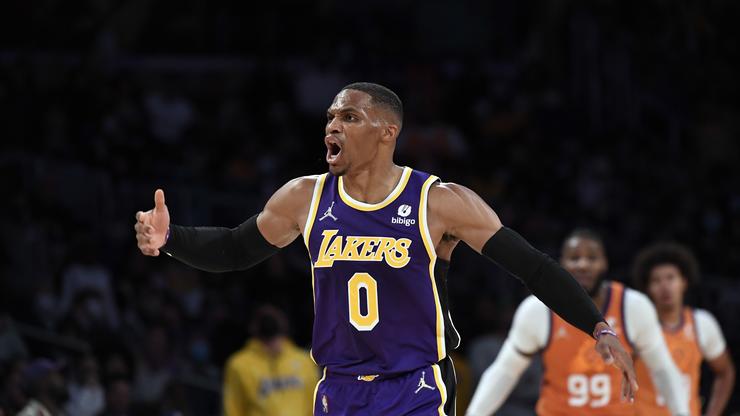 Russell Westbrook has had a slow start to the Lakers season thus far as he has been easing into his role on the team. After winning two games in a row, the Lakers were looking to make it three against the Oklahoma City Thunder, who are not a good team by any stretch of the imagination. In the end, however, the Lakers ended up losing the game to fall to 2-3 on the season. It should prove to be a wake-up call for the Lakers, who have been disappointing, to say the least.

Westbrook ended up getting ejected with just one second left in the game after grilling the likes of Darius Bazley. The incident stemmed from the fact that Bazley intercepted an inbound pass from Rajon Rondo, and slammed it down when the game was already out of reach. Westbrook took it as disrespect which led to the altercation.

The referees were quick to usher Westbrook out of there, and overall, it was the cherry on top of an already bad night for the Lakeshow. So far, the season has not been ideal, and with LeBron not in the lineup, it may very well continue to be a mediocre time for a team that was supposed to contend for the top spot in the West.

Of course, the Lakers can still turn things around, although right now, it’s clear that they are in their own heads.