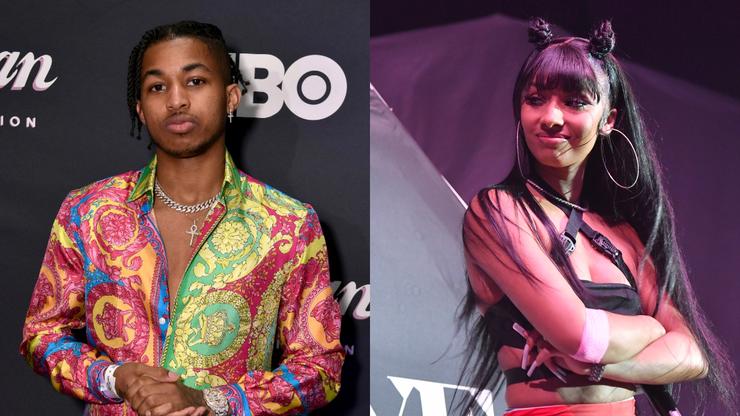 DDG and Rubi Rose were the one of the most documented hip-hop couples of the past year, as they both landed slots on the 2021 XXL Freshman list. While they have been on and off several times, it seems they are still involved in some capacity.

Early Sunday morning (Nov. 7), DDG tweeted that his ex, Rubi, had stolen his car, expressing that he had broke things off with her a while ago: “i been single for longer than y’all think. my car was stolen & she won’t give it back lol.”

Rubi soon caught wind of this claim, and did the opposite of deny it. She posted to Instagram a video her checking out her nails in his supposed car, seductively captioning it by telling him to return to get his car himself: “Daddy need to come Home and get his d!*k sucked.”

She followed this with another story of a black screen, simply stating: “City girls up 1000.”

It is essentially confirmed that the car Rubi was sitting in was DDG’s, as he posted several pictures with the same Lamborghini in October 2020.

This is quite literally the definition of playing games, as the duo has resorted to communicating subliminally through social media rather than directly.

But, they each have a history of doing so, as Rubi originally broke up with DDG on Twitter in March. Next, in July, they traded shots about height and sexual activity on Twitter again. Are you sensing a pattern?

Does this relationship dynamic sound familiar to you?