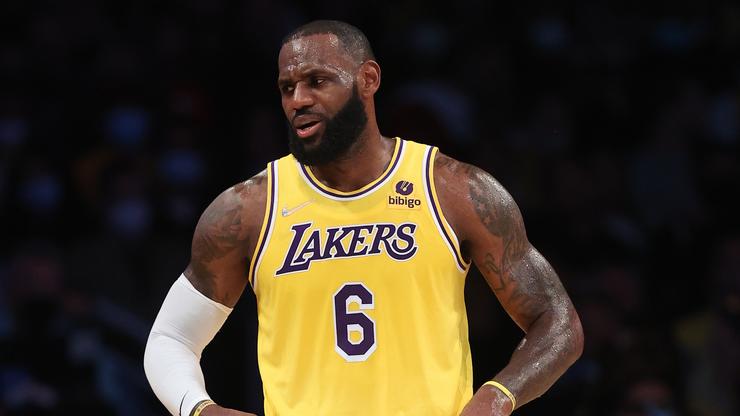 LeBron James remains out with an abdominal injury.

LeBron James is one of the greatest players in the history of the NBA and even in year 19, he remains the most important player on his team. The Los Angeles Lakers have gotten off to a slow start this season and a lot of it has to do with LeBron being out of the lineup with injuries. At first, he had an ankle issue but now he has an abdominal strain that has left him unable to play.

Fans have been hoping for some good news on the Lakers star, but now, it seems like things have gone from bad to worse. There are rumblings that he will be out for two weeks with this injury, and head coach Frank Vogel isn’t exactly giving any reasons to be optimistic.

According to reporter Jovan Buha, Vogel was asked about LeBron today and essentially claimed that there is no timeline for LeBron’s return to the lineup. This basically means that the superstar is in a complete state of limbo and that nothing can really be done to change the situation. Instead, the team and the fans will need to be patient.

The Lakers desperately need LeBron in order to be successful, and his extended injury is going to leave them in a hole, especially if Russell Westbrook and Anthony Davis continue to struggle.

Stay tuned to HNHH for all of the latest updates on this situation.