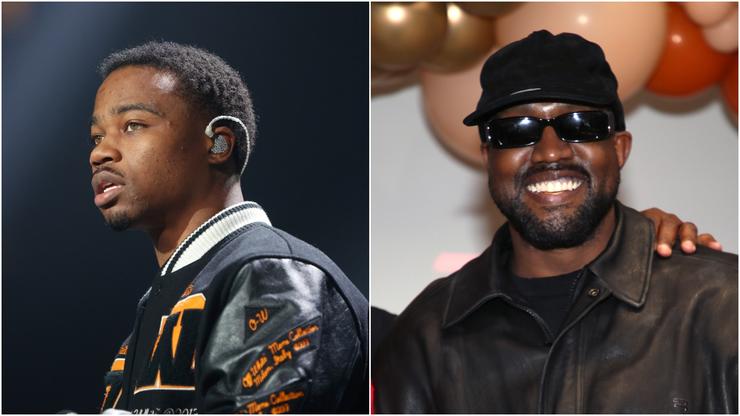 Roddy Ricch and Kanye West got off to a rough start. The two were first linked together when Roddy dissed Kanye on Instagram live for urinating on his Grammy in a controversial video.

However, instead of Kanye being salty about this, he instead invited Roddy to help him work on his 2021 Donda album. The two created the album’s twenty-first song “Pure Souls,” where Roddy addresses his diss saying he just wanted Kanye to understand what honors like Grammys mean to rappers with less notoriety.

Since then, the duo have established a fruitful relationship. Whether it be Kanye giving Roddy life advice, or Roddy popping out at Kanye’s Sunday Service, the two seem to enjoy each other’s company.

So, when Roddy began to rollout and eventually release his brand new sophomore studio album LiveLifeFast on Friday (Dec. 17), Ye played a role in that too. In an interview to promote the album with Power 106 FM, Roddy explained how Kanye changed his perspective on life recently.

On LiveLifeFast’s opener “llf,” Roddy interpolated a sample from Kanye and Rick Ross‘s 2010 song “Live Fast, Die Young,” which was featured in the teaser released before the album, continuing to exemplify Kanye’s influence on Roddy.

After the album dropped, Roddy decided to celebrate, hosting an album release part last night (Dec. 17). While at the party performing, Roddy decided to bring out the man who showed him a great deal of guidance lately, Kanye West. Ye graced the stage and seemed overjoyed as the duo performed “Pure Souls.”

Check out the video of Roddy Ricch and Kanye performing together below.