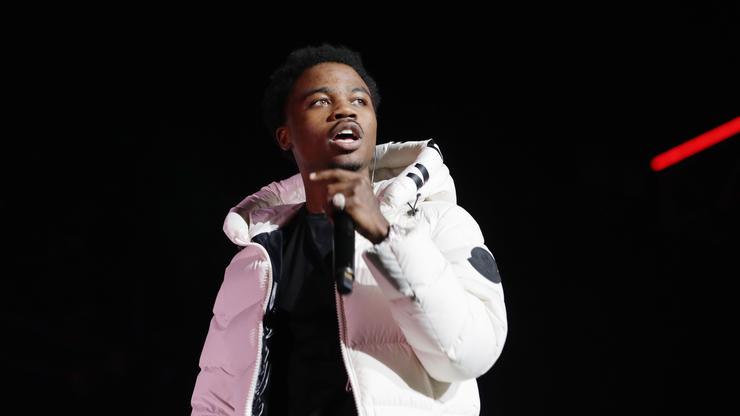 Roddy Ricch pulled up to his Compton Santa Claus event in style.

Roddy Ricch has been truly having a blessed year. The release of Please Excuse Me For Being Antisocial towards the end of 2019 may have cost him a place on these year-end lists but he’s still riding high. “The Box” was easily the biggest song of the year and if it isn’t that, then it’s DaBaby‘s “Rockstar” ft. Roddy Ricch also hit the top of the charts.

But, while he’s been basking in the success, he’s making sure that he’s giving back to the place that made him who he is today. The rapper made his way to Compton for a toy drive but he didn’t do it the regular degular way. Maybe you’d expect him to return to his neighborhood in a Maybach or a Rolls Royce, for name’s sake, but he opted out of those two options for something even more extravagant — a helicopter. The Compton Santa Claus, as Roddy should be referred to from here on out, shared footage of himself inside of a helicopter before landing at his toy drive.

It was a massive success, according to DJ Hed. He shared a picture of himself, Bird and Roddy at the event with their masks on, of course. “No news coverage, no other “media” outlets, not one “journalist” in attendance… It don’t matter, my bros Toy Drive was a huge success in Compton today. A 2 mile line of cars for the city! Salute my young homie #RoddyRicch & #Bird for another win,” he wrote.

But what was more interesting is that Roddy Ricch then left on the helicopter as well. Fans began sharing footage of the rapper’s chopper drifting into the sky.

Meanwhile, the rapper has also been teasing the release of his follow-up to Please Excuse Me For Being Antisocial. A few days ago, he shared a post onto his Instagram Story of his watch with the caption, “It’s Time.” People immediately speculated that he’s working on new music. Just days later, he seemingly hinted at a collaboration with Travis Scott on Utopia. With the year coming to an end, maybe Roddy is gearing up to unleash another project at the beginning of 2021.