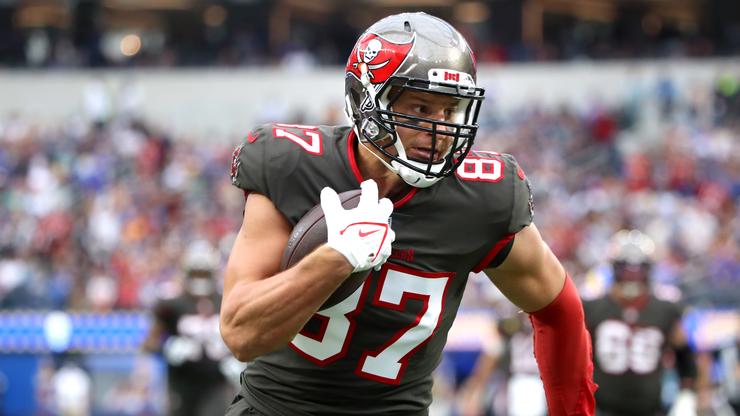 Rob Gronkowski has been ruled out of the Bucs’ upcoming matchup with the Pats.

Tampa Bay Buccaneers tight end Rob Gronkowski will miss the team’s matchup with the New England Patriots, this Sunday, after suffering a rib injury against the Los Angeles Rams, according to ESPN’s Adam Schefter. The game would’ve been Gronk’s first time back in New England since playing for the organization from 2010–2018.

“We held out hope all week he’d be ready,” a source told Schefter. “He’s a different breed.”

Gronk will likely be sidelined for multiple weeks with fractured ribs.

Despite Gronk’s absence, his former Pats teammate Tom Brady will still make his return to New England, this Sunday.

“I’m not going to necessarily reminisce,” Brady told Jim Gray on the SiriusXM podcast, Let’s Go!, when asked about the highly anticipated Sunday Night Football game. “I don’t think this is the moment for that. I’ll have plenty of opportunities to reminisce about my football career — none of it, none of which I really care to do right now because I’m so much in the moment.”

He added: “It will be obviously a fun week. There’s a lot of build-up, a lot of hype and I know it’s been going on for quite a while. I’m excited to go play a football game.”

The Buccaneers’ matchup with the Patriots will kick off at 8:20 PM, ET on Sunday.