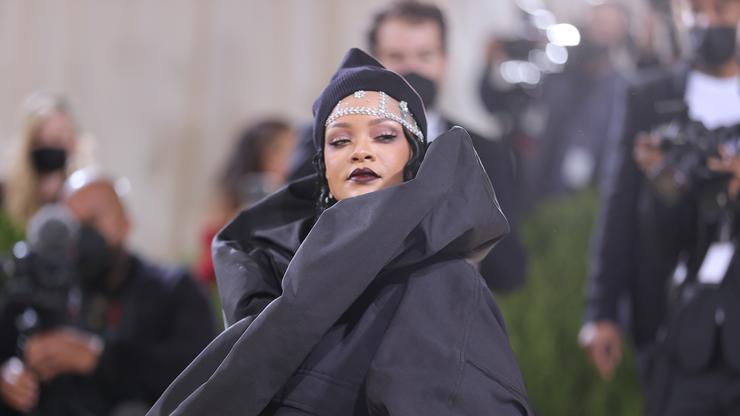 Bad Gal Riri says that we’re “not ready” for what’s to come down the runway later this month.

From hosting one of the many Met Gala after parties to exploring the streets of Harlem with her boyfriend at 3 AM, Rihanna has certainly been staying booked and busy lately.

Yesterday, the 33-year-old dropped a brand new thirst trap on Instagram, along with an update about yet another project that she’s been working on.

The volume three that Bad Gal Riri is referring to is the third edition of her legendary Savage x Fenty show, which has built a reputation for itself as a major event in the fashion world.

Fans were quick to show plenty of love to the star in the comment section. “Queen just queening,” one person wrote.

“We ready BRING IT SIS,” another follower added.

The post, which has already received over four million likes, shows the “SOS” singer in a see-through dress, featuring a heavily embellished halter neckline and what looks to be a very low back.

Rihanna completed her look with a pair of black heels that lace up her calves, white toes, a glam face of makeup, and the badass mullet that she’s been seen sporting for some time now.

Back in August, the Fenty Beauty CEO broke the news about her third show with a saucy picture, and just a few days ago she followed up with an even more tantalizing trailer.

Check out the sneak peak for yourself below, and be sure to stream the Savage X Fenty show when it hits Prime Video on September 24th.