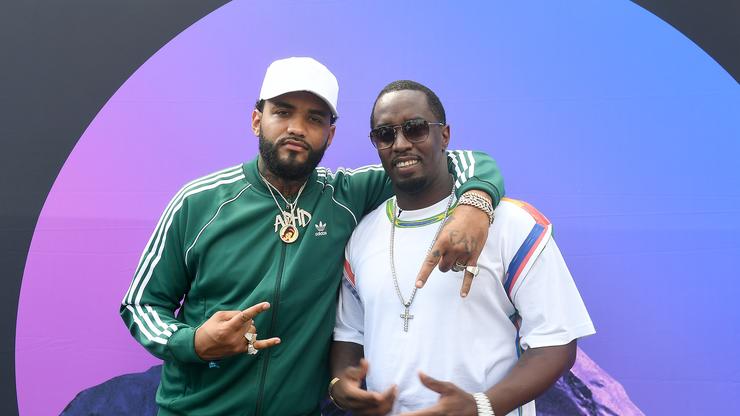 Joyner Lucas made similar claims in 2016, and now, he is looking for answers.

Over the last decade, Karen Civil has become one of the biggest marketing strategists in the hip-hop and entertainment world. Many know her for her work with Nicki Minaj and a whole host of other artists who has sung her praises in the past. Recently, however, Civil has found herself at the forefront of various controversies, including one involving comedian Jessie Woo. Woo claimed that Civil had booked her with a fake company with the intention of acquiring personal info. From there, Civil allegedly hit Woo with an extortion case and a defamation lawsuit that claimed that Woo was harassing her.

Eventually, Woo filed a motion to have the lawsuit get dismissed, and this past week, Woo came out victorious thanks to a judgment from the Los Angeles Superior Court. Following the victory, Woo took to Instagram where she explained the situation in detail, all while calling Civil a “loser.”

Today, Joyner Lucas decided to add his voice to the discussion surrounding Civil as he brought up a situation from when he first got into the rap game. Lucas had sounded these alarms all the way back in 2016 around the same time that Cam’ron was beefing with Civil over an article about Dipset. At the time, Lucas was not as big as he is now, and his comments weren’t widely circulated. Now, however, many are taking notice of the very serious allegations he is leveling against the marketing wiz.

In essence, Lucas is claiming that he paid Civil $60,000 all the way back in 2015 as he wanted a consultant that could help him get his name out there. He only had around 5,000 Twitter followers and he was looking for a way to promote his now-infamous story-driven song “Ross Capicchioni.” As Lucas explains, Civil reportedly told him that no one would care about the song and that on numerous occasions, she ducked his phone calls and even vacationed with his money. Lucas then went on to say that she never performed the tasks she was paid to do and that to this day, he feels as though his money was stolen from him.

“My son was on the way and you stole 60k from me before I got in the game @KarenCivil. I hired you as a consultant and below attached was the memo you sent me. I was desperate for help and you knew that. After you was paid you went ghost and didn’t expect me to pop,” he wrote. “After you got the money paid up front, you stopped answering my calls & every time I hit you, you answered the phone with a attitude like I was messing up your day. I sent you hella messages pleading with you to do your job becuz my back was againts the wall. You took advantage.”

Lucas continued with his social media rant noting that he has been waiting a long time to bring forth these allegations. He knows that he is more popular than he has ever been, and as he continues to get more fans, he says he wants to keep the pressure on Civil.

Joyner revealed that Civil has since blocked him, however, in the midst of all of this, Civil has since released a statement to The Shade Room where she offered her side of the story. As you can see in the post below, Civil says that work was done in relation to the $60K contract with Joyner and that the rapper is simply being unreasonable. She also alleged that she and Joyner each spoke with Charlamagne today and that they would get in touch for a conversation that would rectify the situation. Civil says Joyner ultimately chose to bring it to Twitter instead, which has led us to this exact moment.

The artist has seen Civil’s response and just moments ago, he took to Twitter refuting her side of the story, saying “what work was done!? What did u do? Show me. help me understand. You WENT ON VACATION!”

There is clearly a lot to unpack here, especially when you consider how this happened over five years ago. At this moment, Lucas and Civil’s comments are simply allegations, and nothing is completely confirmed.

Stay tuned to HNHH for updates on this story as we will be sure to bring you the latest updates.