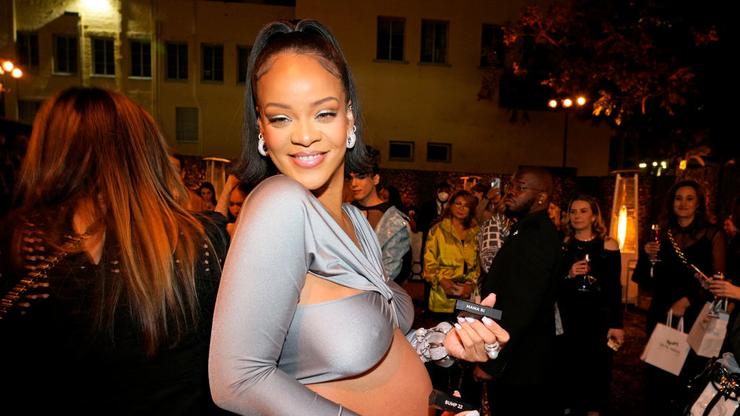 Rihanna sets the record straight for those trying to profit off her pictures.

Earlier this week, TMZ revealed that Rihanna gave birth to her and A$AP Rocky’s son on May 13 in Los Angeles, California. Yesterday (May 19), the media outlet also posted pictures of RiRi, claiming that they were recent images of the songstress following her delivering her child.

In the pics, Rihanna, born Robyn Fenty, was seen with her bodyguard getting into an SUV in West Hollywood. The 34-year-old wore a pair of large black pants along with a loosely fitted grey sweatshirt. Her hair rested atop her head in a bun, as gold chains sat around her neck.

Social media users were both excited and shocked at the sight of the images. Their astoundment came from seeing the “Needed Me” singer wear heels just days after having a baby. On the other hand, though, people were glad to see that she was in good shape amid her delivery.

However, all those feelings went out the window after RiRi cleared the air and stated that the photographs were old news. As the pics started to circulate on social media, Rihanna found them and let everyone know the truth. She commented under an Instagram page’s repost of the snapshots and wrote, “This was weeks ago Lolol.”

Following the birthing of her child, many celebrities extended their well-wishes— including Rihanna’s ex-boyfriend, Chris Brown. He wrote, “Congratulations” on his Instagram story and included the prayer hands and heart emoji. This comes after Rocky allegedly shaded CB in his recent single “D.M.B” saying, “I don’t beat my b*tch, I need my b*tch,” which was also dropped on Chris’ birthday.