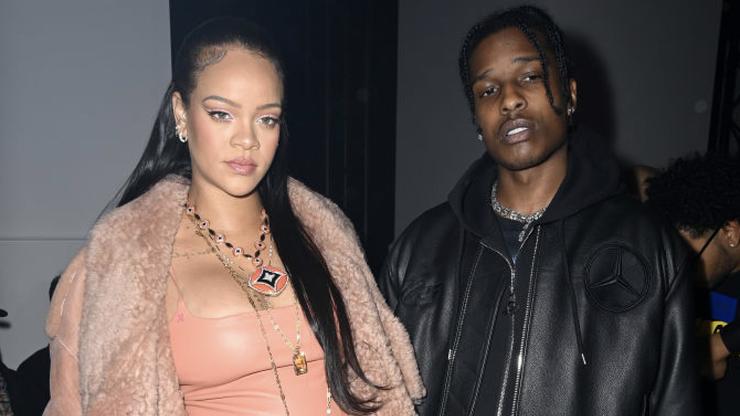 The internet began speculating that the pair had split yesterday, but sources are shutting the gossip down.

No need to panic – Rihanna and A$AP Rocky are doing just fine, sources say. If you were online yesterday, you may have heard the rumours floating around that the “F*ckin’ Problems” hitmaker was allegedly caught in an act of infidelity, prompting his pregnant girlfriend to break up with him, but as TMZ reports, that’s simply not the case.

A source “directly connected to both artists, [and] who has regular interaction with them” has told the outlet that neither claim is true. “100% false on both counts,” they shared. “1 million percent not true. They’re fine.”

It was said that Rocky was cheating with Amina Muaddi, a shoe designer who’s previously collaborated with the 34-year-old on her LVMH Fenty brand, which was shuttered back in 2021.

As the rumour mill began turning yesterday, Muaddi shared recent photos snapped of her famous gal pal out and about in West Hollywood, which would’ve been an odd move on her part if she really was up to no good behind the scenes.

Strangely enough, the gossip surfaced days after Rih graced the cover of American Vogue, and in her interview, she opened up about her relationship with her baby daddy, revealing that it wasn’t easy for him to get out of the friend zone with her.

During the conversation, the soon-to-be mother of one admitted that they first connected a decade ago as she was performing “Cockiness” at the 2012 VMA’s when he “grabbed [her] ass on stage,” which wasn’t a part of their initial rehearsal – read more about that here, and tap back in with HNHH later for more celebrity updates.