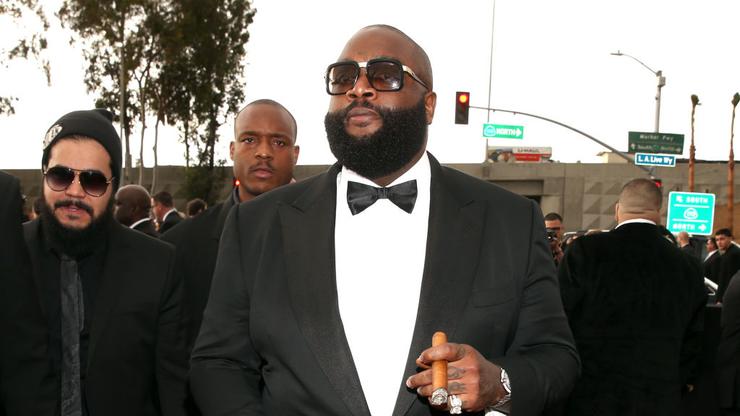 Do you have your tickets to the Rick Ross Car Show yet?

Weeks after bringing a fancy new NASCAR whip and a firetruck to The Promise Land, 46-year-old Rick Ross is expanding his car collection once again – this time, adding a super unique (and massive) camouflage Louis Vuitton tank to his already impressive selection of vehicles.

As HipHopDX reports, the Biggest Boss has been busy preparing for his upcoming Rick Ross Car Show, which will allow ticket-holding fans to drop by his Atlanta residence and take a tour of his impressive arsenal, consisting of hundreds of luxurious toys.

On Thursday, April 21st, the Richer Than I Ever Been artist hopped on Instagram to show off his new addition, reminding us that his “CAR SHOW [IS] 30 DAYS AWAY.”

“MY TANK HAS BEEN DELIVERED,” Rozay continued, “THE TOYS ARE BEGINNING TO ARRIVE!!! TICKETS SELLING FAST, GET YOURS NOW: RICKROSSCARSHOW.COM. MOST ANTICIPATED CAR SHOW OF 2022. BIGGEST NAMES IN THE GAME. TIME TO UNIFY THE BELTS. 454 BOYZ PULL DEM TOYZ OUT.”

Over on Twitter, those who have already heard about Ross’ interesting new purchase have been speculating about what he could possibly be preparing for. “Between the farm, the animals, and now this I’m sure Ross is preparing for something we don’t know about,” one user wrote.

Another person responded to anyone questioning why the “Aston Martin Music” hitmaker would spend his dollars on such a thing, saying, “Um, have you seen the current events? Why don’t WE have tanks should be the real question.”

See more reactions to Rick Ross‘ Louis Vuitton tank below, and let us know what your thoughts are in the comment section.