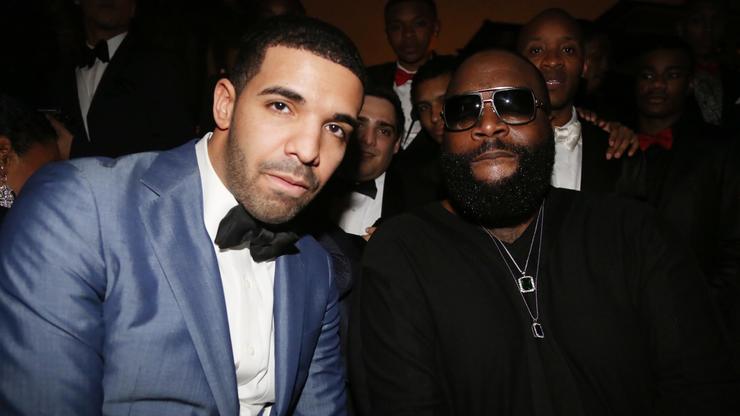 Rozay doesn’t want to hear anything about people who claim they don’t like Drake’s catalog, and he isn’t going to debate it with them.

He hopes to inspire others with his new book, and Rick Ross has been on an intense promotion tour. Rozay has been candidly speaking about The Perfect Day To Boss Up, and the latest to talk with the Florida icon is Ebro Darden and Peter Rosenberg for Hot 97. During their discussion, they spoke with Ross about his early days writing raps for other artists, how he has overcome his health scare, and of course, Rozay’s appearance on Drake’s Certified Lover Boy.

Fans expected to hear Ross reunite once again with his good friend and longtime collaborator, and now Rozay is fueling the flames of the rumors regarding a joint project between the two.

After Ross talked about joining Drake and Lil Wayne on “You Only Live Twice,” Rosenberg did not hesitate to ask him when the world would receive a full Rozay and Drizzy project.

“It’s a good chance that may happen,” said Ross. “Have we had that conversation, of course we have.” Ebro questioned him about whether or not he has ever sat down with people who are critical of Drake, much like Rosenberg admitted to being. Rozay said no, because he does not have time to debate people about Drake’s catalog.

“All the collaborations we did in Miami, that boy been handling his business,” he added. “We ain’t even gon’ play.” Check out what else Rick Ross had to say, including wanting another Verzuz appearance.