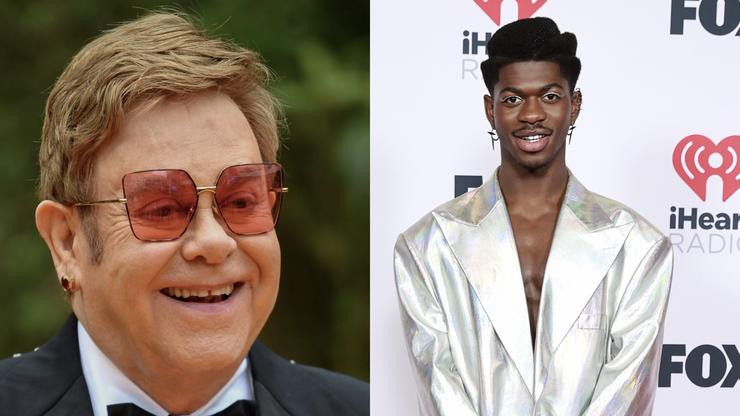 The two queer icons collaborated on “One of Me,” which will be featured on both of their upcoming albums.

We’re just days away from the release of Lil Nas X’s debut studio album, MONTERO, which means that the 22-year-old has been kicking his promotional efforts into high gear. Most recently, he’s teamed up with Elton John for a collaboration on an Uber Eats campaign, likely to prepare people for the musical number they’ve got in store later this month.

The pair has filmed a series of videos together, showing them wearing unmissable outfits, in their usual fashion.

“Tonight, I’ll be eating lobster ravioli with shaved truffle,” Nas announces to the camera as his Uber Eats order is promptly delivered.

Suddenly, the camera pans to show John sitting at the piano. The “Tiny Dancer” singer is quick to compliment his co-collaborator on his outfit, saying, “You look amazing!”

The two continue to exchange compliments and laughter as the promotional video comes to an end.

“It’s been absolutely wonderful partnering with Lil Nas X, one of the most influential voices in pop culture, and with Uber Eats, my faithful favorite for everything delicious,” John said, according to Complex.

“From taking selfies to deciding to swap looks on set, working together has been a blast.”

The controversial American star also had kind words to share about his experience working with John.

“We had so much fun on set deciding what’s for dinner and trying on each other’s most iconic looks. I can’t wait for everyone to see it!”

Nas and his British pal both have albums dropping over the next few weeks – MONTERO will be hitting streaming services on September 17th, and John’s Lockdown Sessions is slated to release on October 22.

Both projects will feature the track “One of Me,” a collaboration between the LGBTQ+ icons.

Check out some of Nas and John’s other Uber Eats campaign clips below.