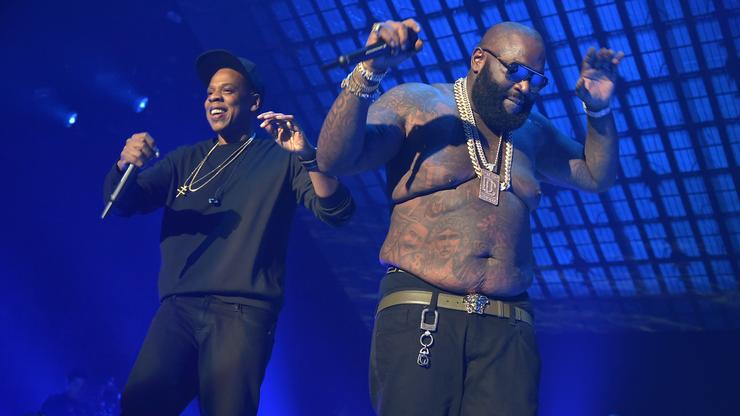 Rozay made sure to immediately praise Hov for giving him his “first opportunity” by signing him to Def Jam.

We’re not sure when we will see another Verzuz, most likely after the holidays, but the Hip Hop series has been a hot topic online. Those potential Verzuz matchups can cause a ruckus on social media as fans debate who should take on who and which artist would trump another—and while these conversations are often pushed, Timbaland and Swizz Beatz always make it clear that Verzuz is a celebration of the culture.

This latest discussion was prompted by Rick Ross after his recent visit to The Real. Although he made an appearance on the series in August 2020 when he faced off against 2 Chainz, there is another potential opponent that he may share the stage with.

Loni Love asked him what his favorite Verzuz would be. “Jay-Z… Yeah! Why not? To me, that’s what makes Verzuz special because it brings out the best in both parties.” Love questioned whether Rozay would appear with Hov. “That’s a possibility, but I gotta give my flowers to the big homie. I got to. My homie gave me my first opportunity, signing me to Def Jam Records, you know what I mean? And he’s one-of-one.”

Fans of both artists swiftly hopped online to give their thoughts on a Rick Ross and Jay-Z pairing and not everyone believed that it would be a perfect match. Check out a few reactions below and let us know if you believe these two catalogs are would balance on Verzuz.