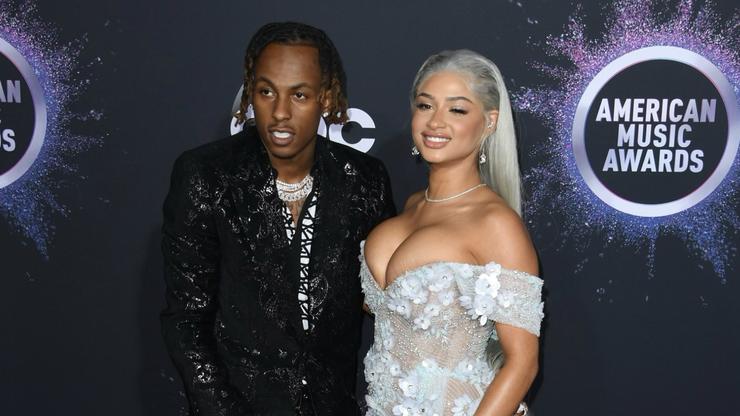 Like many of our other favourite rappers, Rich The Kid brought in the new year in a wild way. On Sunday, January 2nd, The Shade Room uploaded a video from the “Plug Walk” hitmaker’s Instagram, showing him and his girlfriend, DJ and actress Tori Brixx turning up while she twerks on him.

As HipHopDX notes, the 29-year-old appears to be a little bit lost in sauce in the clip, to say the least. He can be seen holding a bottle of George Clooney’s Casamigos tequila, which has been known to cause a good time for whoever drinks it (in moderation, that is).

At the end of the brief video, Rich falls to the ground, no longer unable to stand with Brixx sitting on top of him. It’s unclear if his shaky legs were due to the booty in front of him or the liquor, but elsewhere on his Instagram page, the Queens-born recording artist admitted that it might be time for him to take a Casamigos break.

“Yeahhhhh, we gotta give the Casamigos a break,” he can be heard saying from behind the camera, holding up the pretty blue and white bottle which coordinates with his vacation outfit of the day. “Casamigos been beating, bussin’, biting all year,” he added, zooming in on his icy accessories while talking.

Other stars who rung in 2022 on a yacht include Jake Paul, who posted up with Champagne Papi himself, and Meek Mill, who put on an unforgettable performance for some of his closest friends in beautiful St. Barts to celebrate the special occasion – read more about that here.