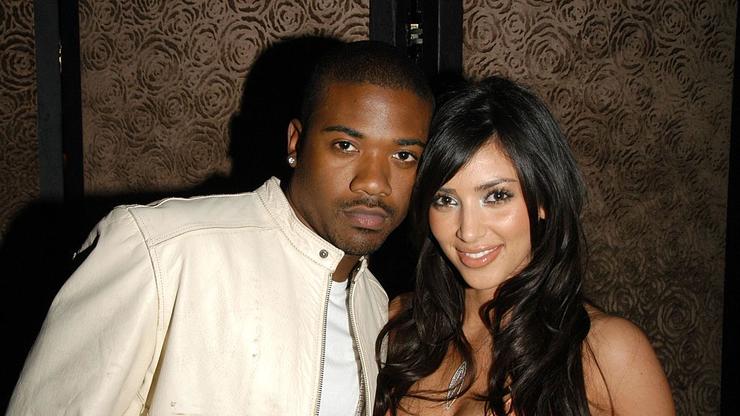 Ray J is calling out Kim for being “untrue.”

Time for another round of he-said, she-said. If you tuned into last night’s episode of The Kardashians, you would’ve seen one of the most highly anticipated moments of this season unfold, as Kanye West went out of his way to get Kim Kardashian her alleged second sex tape back from her ex, Ray J.

As you may remember, late last year Wack 100 came forward with claims that he and Ray were in possession of another video of the rapper and the socialite fornicating, although she adamantly denies that such footage exists.

The headlines came out as Kardashian was busy preparing for her Saturday Night Live hosting debut, adding even more pressure to an already intense situation. Luckily, her estranged husband was able to come through and take care of business for her.

While she was in New York City gearing up to lock lips with Pete Davidson for the first time, Ye hopped on a flight to LA to retrieve a hard drive and laptop from Ray, allegedly containing NSFW content. He flew coach while returning to the Big Apple, and promptly handed the suitcase containing the tainted technology to the mother of his children.

“I know Kanye did this for me, but he also did this for my kids,” Kardashian told the cameras during a confessional on her reality show. “I wanna shield them from as much as I can. And if I had the power to or if Kanye has the power to, like, that is just the most important thing to me.”

In case you missed it, in an earlier episode we saw the 41-year-old’s eldest son, Saint, come across an ad for the video on Roblox, which he showed to his mom, causing her to react emotionally at the thought of her children being exposed to her past.

However, according to a recent Instagram comment from Ray J, all of the drama “is a lie.” On a clip from the show that made it onto Hollywood Unlocked‘s Instagram page, he wrote, “All of this is a lie smh – Can’t let them do this anymore – so untrue.”

A rep from PEOPLE reached out to the “Sexy Can I” singer for further comment, but he didn’t respond in time for publication. Do you think that the Kardashians are lying about all the drama? Sound off in the comments, and tap back in with HNHH later for more celebrity news updates.